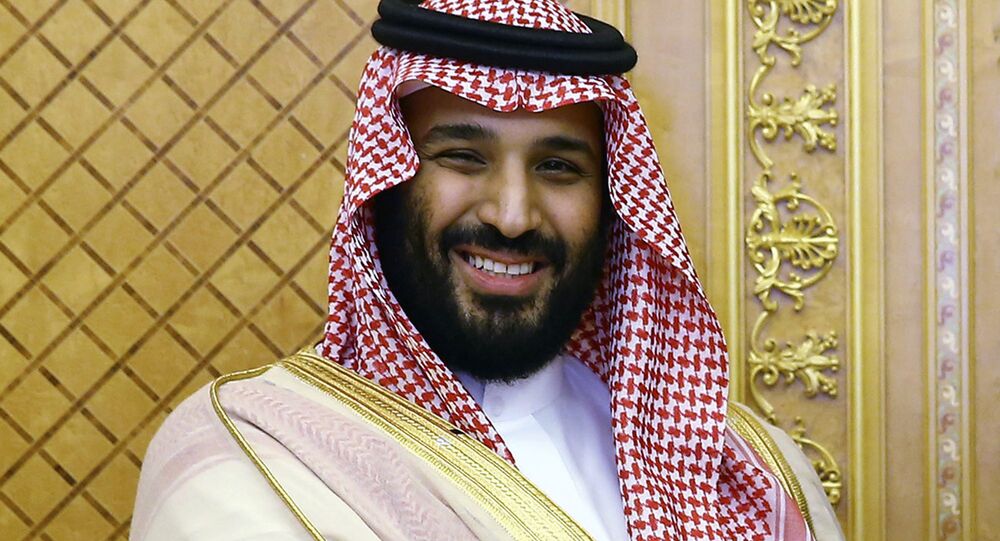 Arab social media users and a number of news outlets have gone wild over an Israeli comedian’s “on-screen proposal” to the Saudi crown prince, with many portraying it as a serious intention.

READ MORE: Crown Prince Salman's English Teacher Reveals What MBS Was Like as a Child

Speaking in fluent Arabic on her weekly satirical spot in i24 News, the 32-year-old woman lamented that her aunts and grandmother were pressuring her to find a husband even if he’s not Jewish.

Shuster-Eliassi then made a playful reference to secret contacts Israel and Saudi Arabia reportedly maintained despite having no diplomatic relations.

“But I don’t want to just marry anyone, I want to aim higher. And when I do – who is it that I see? They say Bashar Assad is tall – but he’s not right for me. MBS! MBS is tall! And I know that ties are warming up between Israel and Saudi. And so I want to address MBS directly: I tried starting a party named ‘Naama’ so we can work together for peace in the Middle East”, she said.

The joke initially went unnoticed in Israel, but it became a sensation in the Arab world, with a number of media outlets even covering the story on the potential couple as a serious proposal.

© REUTERS / Bandar Algaloud
Saudi Crown Prince Visits Great Wall of China During Asia Tour (PHOTOS, VIDEO)
Howiya Press, a Moroccan news site, for instance, reported that the comedian was “courting bin Salman and wishing to tie the knot with him”, while one social media user tweeted: “An Israeli activist asks for the hand of the Saudi crown prince! Will there be a relationship between Tel Aviv and Riyadh by marriage?

After Shuster-Eliassi’s jest was picked up by Faisal al-Qassem, a prominent media personality in the Arab world, it went viral, with BBC Arabic airing an entire segment on it.

Once the news was reported by Israeli media outlets, some social media users praised her for the bold move:

When an Israeli Jewish comedian proposed marriage to MBS on an Arabic language program, the video went viral and a lot of people really, really did not get the joke. https://t.co/dYH6C5NXYZ

As her personality caused an explosive reaction in the Arab world, the comedian felt the need to address her earlier comments.

She suggested that the fake proposal had grabbed so many headlines in the Arab world because it coincided with a conference on the Middle East, co-hosted by the United States and Poland:

“I did not expect by any means for it to explode in this way. I have never experienced something on this scale. The joke was that Saudi and Israel are already having secret meetings, so I asked for him to help me with being single and building my party. The timing with the Warsaw summit is what made it take off. I think the Arab world used it as ammunition to say something about what is happening and the narrow interests that are leading the region”, she told The Times of Israel.

This Jewish Comedian Offered to Marry MBS — and Sparked an Instant Controversyhttps://t.co/3jhG5OVccG pic.twitter.com/h4ObErPjGM

Even though she joked about the Saudi-Israeli thaw, she is against the normalisation of relations unless there is a resolution to the Israeli-Palestinian conflict.

“If they are going to build their ties for economic, security and other reasons but ignore the harsh reality of the occupation and the price we all pay for it, I am absolutely against that”.