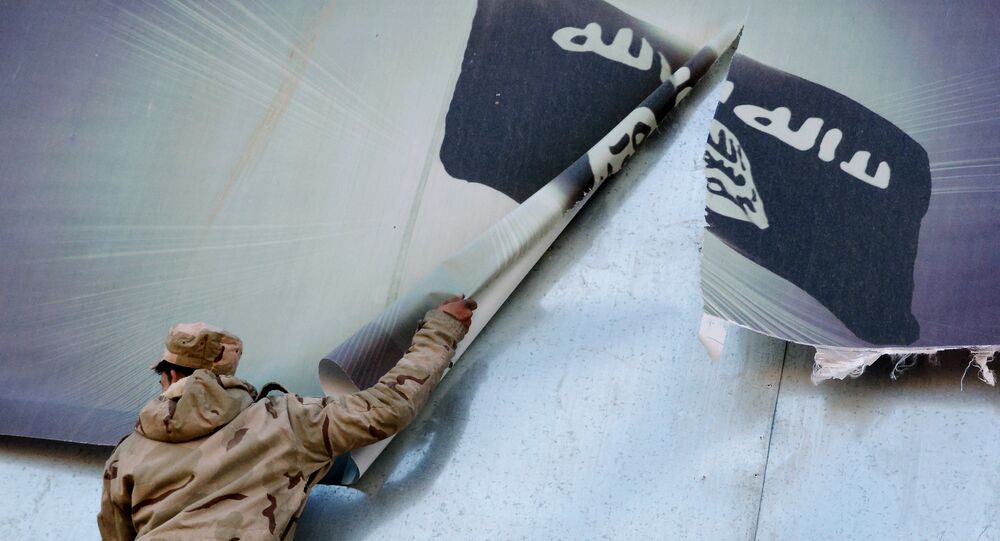 The Kurdish authorities in Syria want all foreign Daesh* terrorists, their wives and their children to be retrieved by their respective home countries. Describing the hundreds of children of terrorists, a senior Kurdish official said that they are "drilled in terrorist mentality", stressing the West's moral responsibility to take care of them.

Due to fears of new terrorist organisations replacing Daesh in both Syria and Iraq, all foreigner fighters and their families who joined the terrorist group and supported its self-proclaimed "caliphate" must be brought back to their respective home countries, the Kurdish authorities said.

"These children are raised and drilled with a terrorist mentality", Abdel Karim Omar, a senior official with the Kurdish administration in Syria told Norwegian national broadcaster NRK, urging Norway to pull its share of the weight.

According to Omar, foreign jihadists who have joined Daesh should be prosecuted, whereas noncombatants should be rehabilitated and integrated back into their countries of origin. This, he said, applies to men, women and children. If they are interned for too long in prisons and detention camps in areas previously controlled by Daesh, new extremist movements may spring up.

"You have to take legal and moral responsibility for your own citizens. If they are criminals, they must be brought to justice. If it is about women and children who were part of Daesh; then they must be rehabilitated", Omar said.

Abdel Karim Omar emphasised that the war on terror is not over and urged the international community to step up efforts.

"We can't do this alone and we need help. Newly emerging terrorist organisations will not only hit us, but also European countries," Omar argued.

According to Omar, thousands of Daesh women and children are currently in detention camps across Syria and Iraq.

In eastern Syria alone, the Kurds have registered at least 1,500 children associated with the terrorist organisation, and the number is increasing.

In both Syria and Iraq, there are multiple issues related to the interned "Daesh wives" and their children. Firstly, most of them lack passports and IDs. Therefore, it's time-consuming to identify them correctly. Most of these people cannot return to their respective home countries on their own.

Secondly, many of the women have had children with several men. In Daesh's "caliphate", it was a common practice for women to remarry once their husbands were killed. Omar described this as a big problem.

"There are women who have five children with four different men from four different countries. How should we solve this problem, if the women don't return to their home country?" Omar asked.

Thirdly and lastly, many of the children have gone through a traumatic experience, witnessing torture, bestial executions, and the defilement of dead bodies. Additionally, many children have been drilled in terror tactics and the use of weapons.

Earlier in February, US President Donald Trump urged his EU allies to "take back" some 800 Daesh terrorists captured in the Middle East, warning that they will be ultimately released if the EU fails to find a common solution.

However, most European countries have been reluctant to comply. At the same time, Trump himself barred 24-year-old US-born Daesh propagandist Hoda Muthana from returning to the US, while stressing that she is not a US citizen.

I have instructed Secretary of State Mike Pompeo, and he fully agrees, not to allow Hoda Muthana back into the Country!

​Norway's Police Security Service (PST) estimated that around 30 jihadists and about 40 children with Norwegian citizenship are currently outside of the country's borders. According to the Foreign Ministry, however, bringing home the jihadists, their wives, widows or offspring is not being considered.

The government doesn't intend to work proactively to retrieve them. As Foreign Ministry spokeswoman Kari Eken Wollebæk stressed, all Norwegian citizens have the right to enter Norway, while promising that the so-called "foreign warriors" will be prosecuted.