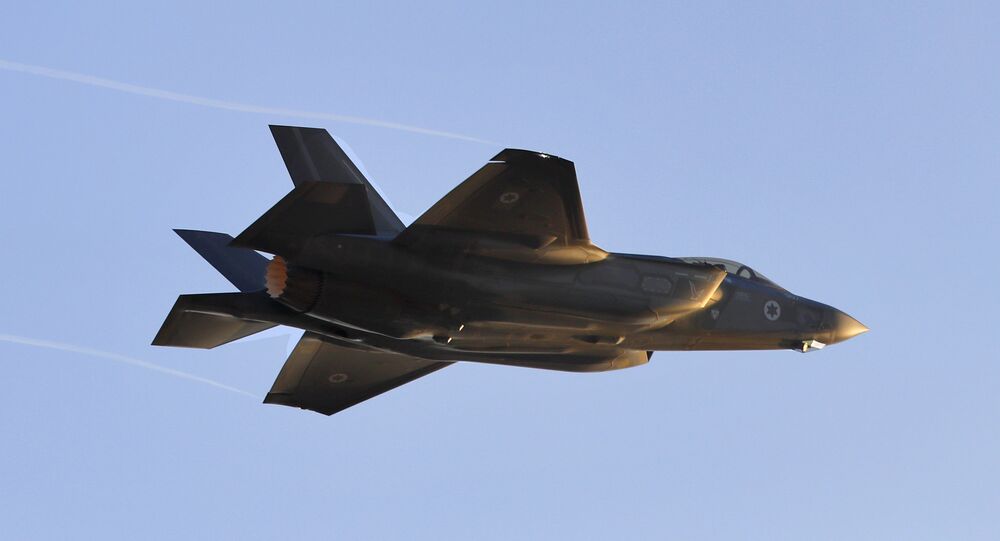 Israeli F-35s Were Reportedly Behind January Raid on Damascus Airport

The Israeli Air Force conducted an airstrike on Damascus International Airport in January claiming to be targeting Iranian troops, whose presence Damascus and Tehran have repeatedly denied. Syrian air defences managed to intercept some 30 missiles, but some still managed to get through and damage the airport's infrastructure.

An Israeli-modified fifth-generation F-35 jet was responsible for the destruction of Chinese-made JY-27 radar at Damascus Airport during an air raid in January 2019, online magazine Military Blog reported citing an anonymous source. The Israeli Air Force has refused to comment on this report.

The magazine noted that some military experts suggested that a kamikaze-drone had been used to destroy the radar.

Israeli firm ImageSat previously presented satellite images of the airport prior to the airstrike on 20-21 January and after it, showing the extent of the damage done by the Israeli Air Force. According to these images, JY-27 radar and Pantsir (SA-22) air defence system had been destroyed while several airport warehouses had been severely damaged in the raid.

Israel carried out strikes on alleged Iranian targets in Syria for two consecutive days starting on 20 January. According to the Russian military, Syrian air defences intercepted over 30 cruise missiles during that period, but some of them still made it though.