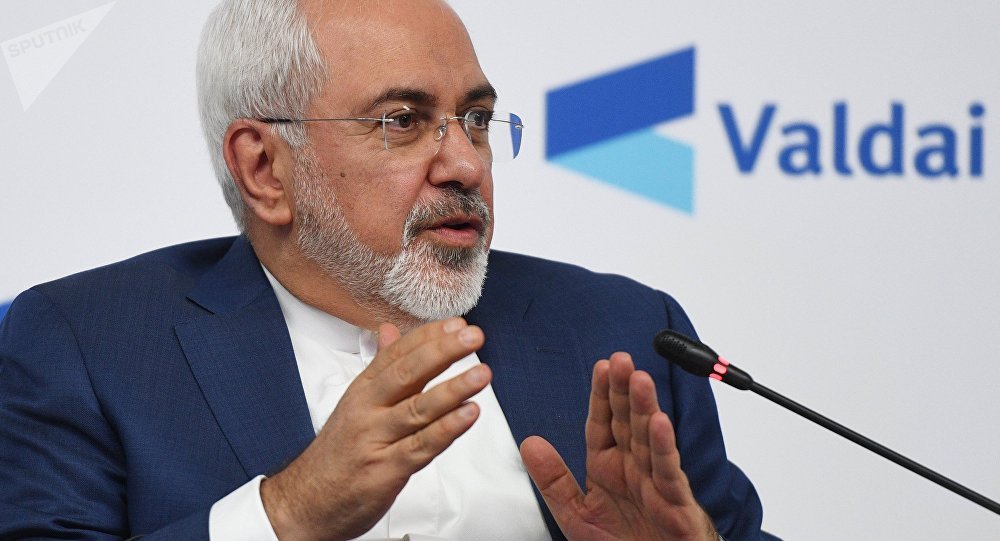 Having recalled the positive effects of the 1979 Islamic Revolution in the country, the Iranian politician proudly stated that the country has been free of foreign interference for 40 happy years and should by all means proceed along the same line, exercising both soft and hard power.

Iranian Foreign Minister Mohammad Javad Zarif says that the West has turned the Middle East into a “powder keg” by supplying Arab countries with arms that, according to him, have not contributed at all to regional security.

“Over the past year alone, they [Western countries] sold 100 billion dollars’ worth of weapons to the [countries] of the Persian Gulf Cooperation Council. Did the weapons bring anyone security, though?” Foreign Minister Zarif said in a foreign policy speech at the University of Tehran on Sunday.

Arms Sales Up in Mideast

A report from IHS Jane's published last week revealed an increase in arms expenditures in the Gulf from $82.3 billion in 2013 to $103 billion in 2019, and on top of this shows no signs of stopping, as IHS forecasts that spending will reach $110.8 billion in 2023.

The Middle East is the world's top arms-importing region, according to the analytics firm, accounting for nearly 20 percent of the global defence market, with American companies making up 50 percent of the exports that go to the region. Commenting on the issue, the Munich Security Report of 2019 suggested that the stepped up concentration of Western-made weapons in the Middle East had increased the risk for new wars.

Zarif also dwelled on the historic outcome of Iran’s 1979 Islamic Revolution, lauding it as an event that drew a line under foreign meddling in the country’s domestic policies.

“One of the Iranian people’s major concerns prior to the victory of the Islamic Revolution — which can be referred to as a historical concern — was foreign interference in the country’s internal affairs”, Foreign Minister Zarif said, adding that the said interference was especially forceful during the rule of the Qajar dynasty and the Pahlavi regime in Iran.

He then went on to heap praise on today’s Iran:

“We have lived, for 40 years, without American support. For 40 years, we have been living in spite of American pressure. This [independence] does not mean confrontation with and separation from the world. Rather, it means that we have chosen not to be dependent on others for continuing our livelihood”, the Iranian foreign minister said.

Zarif added that if the country persists with its policies, “certainly no one would be able to say [things like], ‘If it weren’t for us, the Iranians would be speaking, say, Chinese or Russian’”. 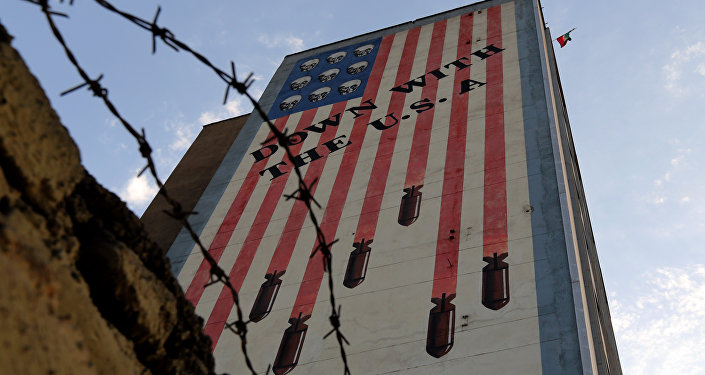 He thereby made a reference to US Senator Lindsey Graham’s comments about Saudi Arabia. He told media last December that were it not for the US, Saudi Arabia would be “speaking Farsi in a week”, presuming it would be defeated by Iran militarily.

Zarid also expressed a belief that the West has ceased to be central in global decision-making:

“We [now] live in the post-Western world”, he said, adding that countries need to adopt multilateral approaches as of today, focusing equally on “field power and diplomacy”.