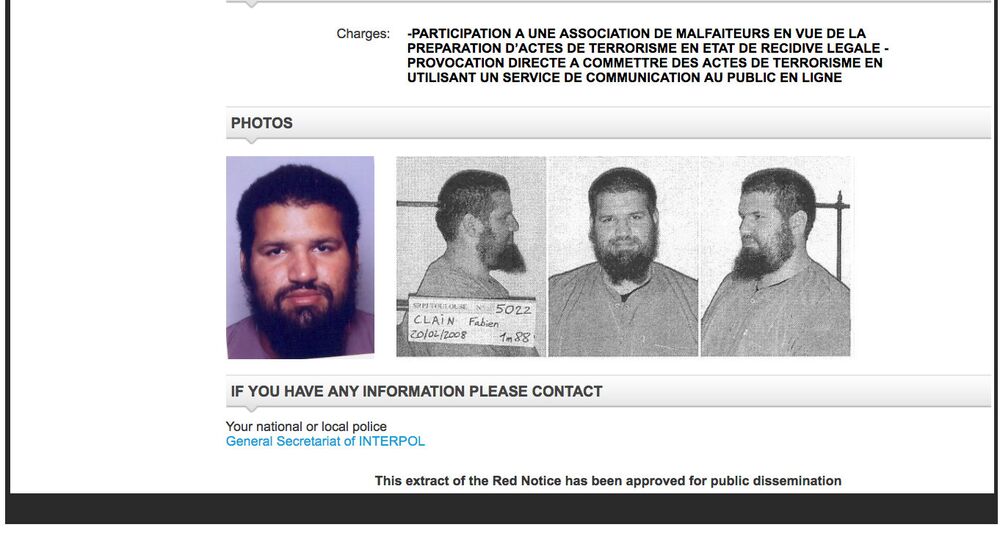 French jihadist Fabien Clain became known as the "voice of the Paris terrorist attacks" that occurred in November 2015. He reportedly recorded a voice statement claiming responsibility for the attacks on behalf of Daesh*.

According to French media outlet France Info, French terrorist Fabien Clain was killed on 20 February in a coalition air strike on a Daesh group holdout in Syria.

The French government has not confirmed the information, as DNA expertise will reportedly be needed for one hundred percent confirmation of the extremist's liquidation. Clain's brother Jean-Michel was also seriously injured in the strike, France Info reported.

French Defence Minister Florence Parly later said on Twitter that "Fabien Clain might have been killed during operations against IS's last stronghold".

Both jihadists were wanted on international arrest warrants over a criminal investigation into the 13 November 2015 attacks in Paris.

Paris and its suburb of Saint-Denis experienced several coordinated attacks in November 2015. Some 130 people were killed and over 400 others were injured in various mass shootings and bombings at the stadium Stade de France, cafes, restaurants, and the Bataclan concert hall.

Another Suspect in 2015 Paris Terror Attacks Arrested in Belgium