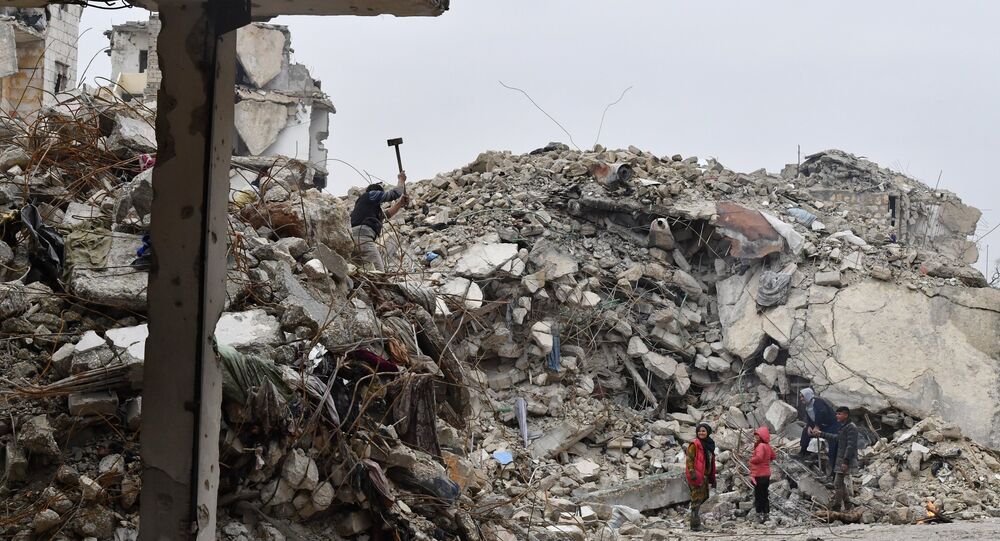 US special representative to Syria James Jeffrey has addressed the Munich Security Conference, outlining Washington's plans on troop withdrawal and subsequent goals in the region.

"We are not [calling for president Assad to go], we are calling for a major change in the behaviour of the [Syrian] regime to bringing in line with a dozen UN and other international agreements on how to treat your own citizens and how to do with the neighbourhood," the representative said.

Speaking at the Munich Security Conference, US special representative to Syria James Jeffrey stressed that Washington's goals in northeast Syria have not changed despite the American forces' withdrawal. He stated that Washington does not want Syrian government forces to regain control of this territory.

"Our goals in the northeast have not changed. They involve first of all maintaining security in the region, which means we are not at all in favour of the regime coming back in because the regime doesn't promote stability as we see in other areas", Jeffrey said at the Munich Security Conference.

He went on to say that the second goal in the region was to continue fighting the Daesh terrorist group*.

"Then we also want to take care of security concerns of our Turkish NATO allies. And we are very concerned that the SDF [Kurdish-dominated Syrian Democratic Forces] is not mistreated in any new shifting there", he added.

The special representative further noted that the US troop withdrawal would not be abrupt, rapid, but step-by-step and carried out in consultations with the allies.

"We've been telling them (allies) continuously this is not going to be an abrupt, rapid withdrawal but a step-by-step withdrawal", James Jeffrey stated.

He concluded that "overall our goals are the same".

"The US policy towards Syria has not changed. First of all defeating ISIS, secondly a political solution to the conflict in Syria that results through UN action… Thirdly the removal of all foreign forces", he said.

The speech was made just a day after the US-backed Kurdish Syrian Democratic Forces (SDF) announced that an operation against Daesh* has almost been completed, with the last pockets of terrorists entrenched in a small area of Baghouz.

Earlier in the week, US President Donald Trump declared that the US-led coalition may finally defeat and declare victory over Daesh in the coming days. In December, Trump had already announced the defeat of Daesh in the region, saying that the US would pull its troops out of the area.

*Daesh (also known as IS, ISIS, ISIL) — a terrorist group, banned in numerous countries, including Russia