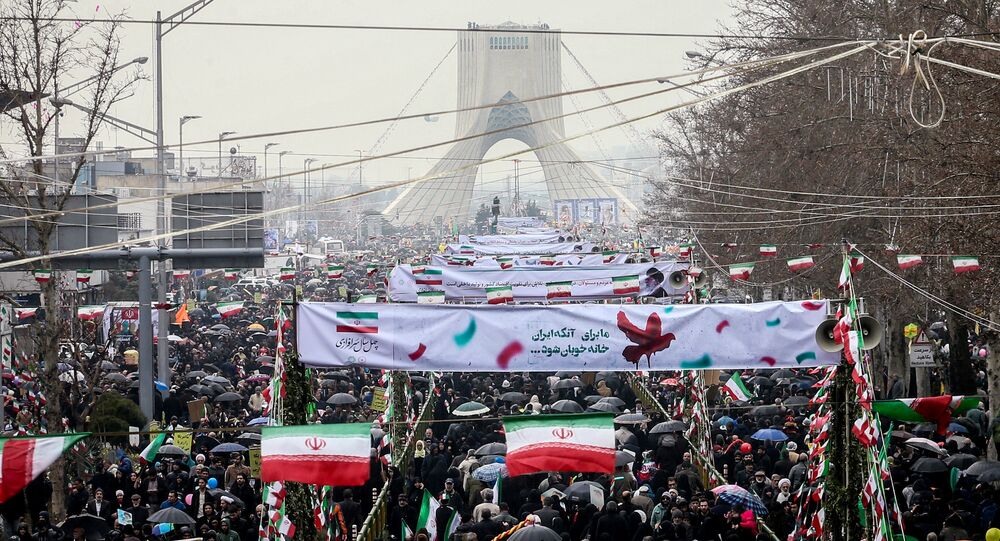 Two days earlier, Iran's President Hassan Rouhani blamed the US and regional powers, including Israel, for a violent suicide attack against the country's Revolutionary Guard Corps that took place on 13 February in south-eastern Iran, according to Iranian state TV.

According to Rouhani, Tehran wants to establish close ties with all countries in the Middle East, where, the president stated, Iran has been involved in proxy wars with Saudi Arabia for decades.

"Iran is ready to work with regional states to preserve security in the Middle East… Our enemies, America and Israel, want to create division among Iranians… We will not succumb to pressure from America and Israel", Rouhani said in a public speech in southern Iran, broadcast live on state TV.

© REUTERS / Kacper Pempel
Iran 'Breathing Out Murderous Threats', Using 'Same Vile Anti-Semitic Hatred That Animated Nazis in Europe' - Pence
The statement comes after the Iranian president announced that "the White House, Tel Aviv, and their regional agents" were responsible for the terrorist attack in south-eastern Iran, which claimed the lives of at least 40 people.

On 16 February, US Vice President Mike Pence reemphasised Washington's stance on Tehran, calling Iran the "leading state sponsor of terrorism in the world". He further asked European countries to "stop undermining the US sanctions" on the Islamic Republic.