ANKARA (Sputnik) – Turkish President Recep Tayyip Erdogan has accused US authorities of acting insincerely over Washington’s reluctance to extradite Islamic cleric Fethullah Gulen, who is considered by Ankara as the main person behind a 2016 coup attempt.

"Unfortunately, the United States is still acting insincerely", Erdogan told the broadcaster A Haber, expressing his regret over "Washington’s unconstructive position" concerning the extradition of Gulen.

After a failed coup that occurred in mid-2016, Ankara detained thousands of journalists, diplomats, judges, members of the military, and human rights activists, accusing them of having a role in the attempted government overthrow and having ties to Gulen. The cleric, living in self-imposed exile in the United States, said he was not involved.

The Turkish authorities have repeatedly sent extradition requests to the US, but Washington has refused to hand over Gulen, who has been residing in the United States since 1999. 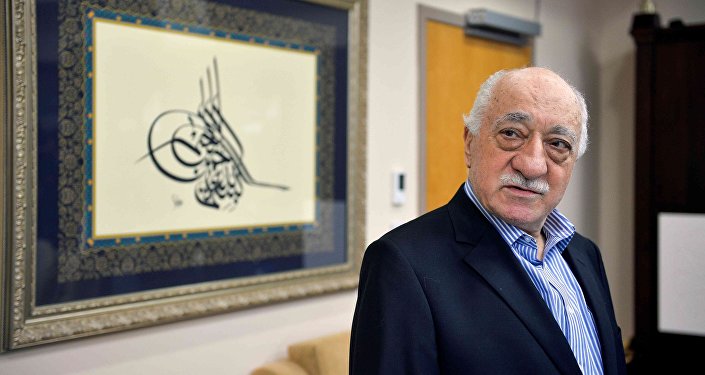 © REUTERS / Charles Mostoller
White House Mulling to Extradite Cleric Gulen From US to Appease Erdogan - Reports
In December, Turkish Foreign Minister Mevlut Cavusoglu said that during a G20 summit in Argentina, US President Donald Trump told Erdogan that the US authorities were working on Gulen’s extradition. However, the White House subsequently argued that Washington had not agreed to extradite the cleric during the high-level conversation.

According to Anakara, the movement of Islamic cleric Fethullah Gulen, which Turkish authorities refer to as the Fethullah Terrorist Organisation (FETO), played a key role in the military takeover attempt in 2016.