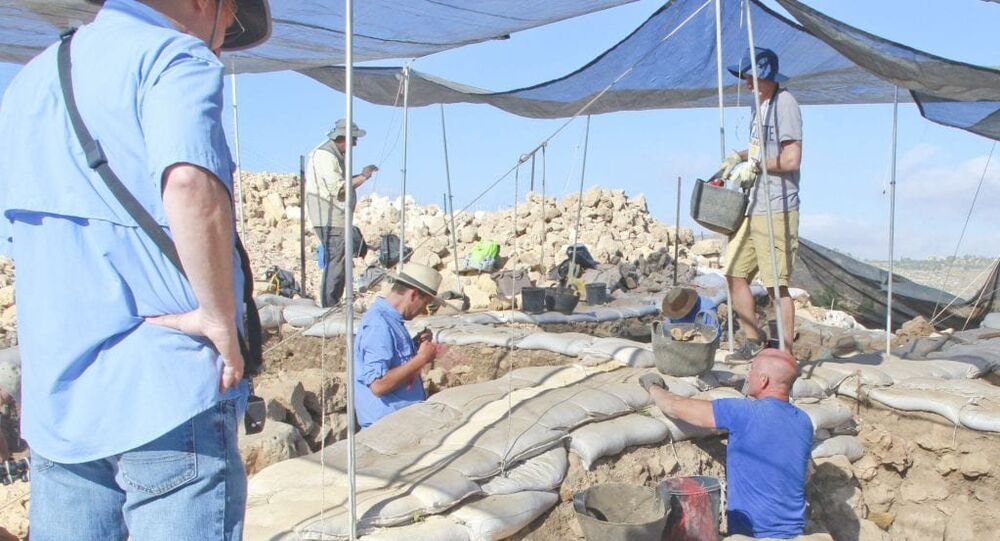 The archaeologists working at the site of what may or may not be the ruins of the biblical city of Ai used the description of the battle from the Book of Joshua to help pinpoint the location.

A team of archaeologists led by Dr Scott Stripling, which have been excavating a site near Jerusalem for several years, now claim to have finally discerned the exact location of the Biblical city of Ai, as mentioned in the Old Testament.

© CC0
All Along the Babel Tower: God Sent Aliens to Scatter People, Documentary Claims
The excavation is being conducted under the auspices of the Associates for Biblical Research (ABR), described by the Breaking Israel News website as "a Christian organisation that brings together Biblical research and archaeology to mutually advance both disciplines".

"There were 14 years of difficult digging with an 8-year hiatus due to the Intifada," Dr. Stripling said as quoted by the website. "We suffered from constant vandalism. But we persevered and did an excellent job of excavating."

The Canaanite city of Ai is described in the Book of Joshua, where it is conquered by Israelites thanks to a cunning ambush.

While archaeologists previously speculated that the ruins of the city might be located at el-Tell, a site in the West Bank, Stripling and his colleagues believe instead that Ai was once situated at Khirbet el-Maqatir, using the Biblical description of the battle for reference.

As Stripling points out, the Biblical account mentions Israelite troops hiding to the west of the city, leading him to believe that they were lying in wait in Wadi Sheban, a dry wash located just west of the excavation site.

Dr Stripling is now preparing to present his findings for publication later this year, claiming that he possesses “compelling evidence” for his case, the website adds.

READ MORE: Ark of Covenant Mystery May Be Solved as Archaeologist Names Its Likely Location

Previously, Israel Finkelstein, a professor at Tel Aviv University and the man in charge of an archaeological dig in the Israeli town of Kiryat Ye'arim, also revealed that that area could be the resting place of the mythical Ark of the Covenant.