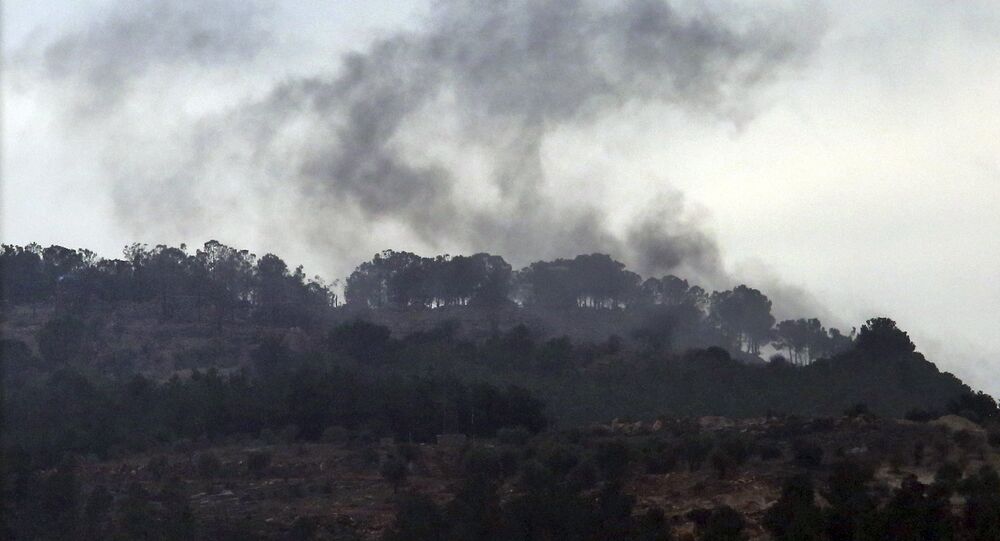 According to the Turkish NTV broadcaster, an explosion has hit the Syrian side of the Bab al-Salameh crossing on the Syria-Turkey border.

The NTV channel reported that there are three wounded, indicating that they were taken to a hospital in Turkey for treatment.

According to the CNN Turk TV channel, a car rigged with explosives blew-up near a checkpoint in Syria. The border crossing is located in the Turkish province of Kilis, in the republic's south.

Nobody has yet claimed responsibility for the attack.

A bomb exploded at the entrance to the village of Al-Ra'i border between #Syria and #Turkey in northern #Syria#Syria #TwitterKurds pic.twitter.com/2AImwAxWIL

© AP Photo / Pavel Golovkin
Three Syrians Killed in Explosion of Anti-Tank Mine Left by Daesh - Reports
Killis Province Governor Recep Soyturk said that "the attack is not directed against Turkey. It is addressed to the Free Syrian Army".

On Friday, Turkish Defence Minister Hulusi Akar reiterated that the country was preparing for this military operation, claiming that it would be launched "at the right time."

In early December, Turkish President Recep Tayyip Erdogan announced that Turkey was ready to launch a military operation against Kurdish fighters on the eastern bank of the Euphrates River as well as in Syria's Manbij, located near the Turkish border if the United States did not remove the militia from there.