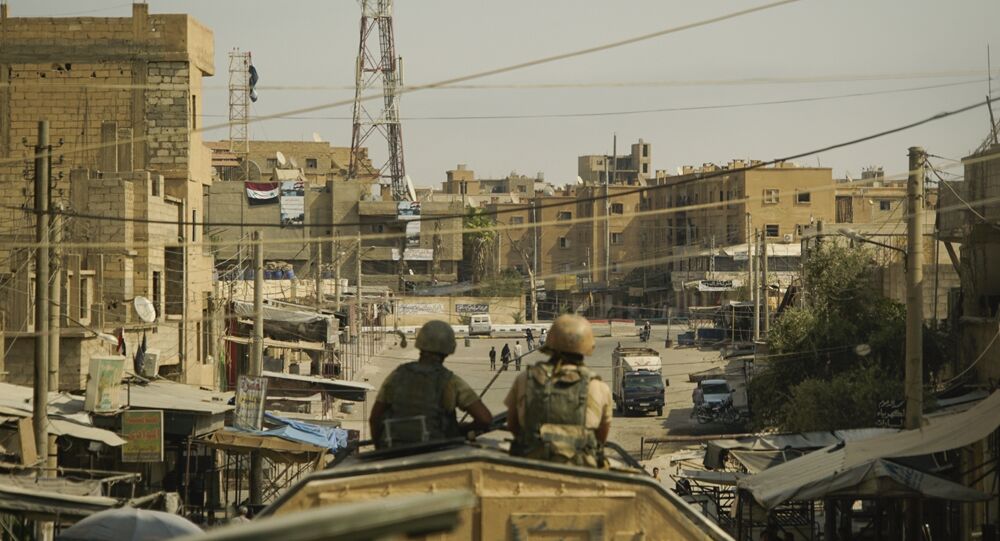 Syrian media have repeatedly reported on US-led coalition strikes, which have led to countless civilian casualties and damage to crucial infrastructure in the Arab Republic. The coalition has been bombing targets in Syria since 2014 despite never obtaining a UN mandate and not obtaining Damascus’ approval.

At least 70 civilians were killed or wounded as a result of air strikes launched by a US-led international coalition on the Syrian village of Baghuz in the south-east of the country, Syria state television reported, citing local sources.

Syrian media have continually reported on the death of civilians which were killed in US-led coalition strikes. The coalition regularly carries out airstrikes in Deir ez-Zor region.

On Monday, Syrian media reported the death of 20 civilians in Baghuz as a result of a coalition airstrike.

Last Saturday, the Kurdish-led Syrian Democratic Forces (SDF) announced the start of an operation aimed at liberating Baghuz from the terrorist group Daesh*. The SDF claims that the village is the last settlement held by Daesh in Syria.

The US-led coalition of more than 70 countries has been conducting airstrikes on Daesh positions since 2014, in a mission that was authorised neither by the Syrian government nor the UN Security Council.

More Than 2,000 Syrians Rally Against Presence of US Coalition - Russian MoD