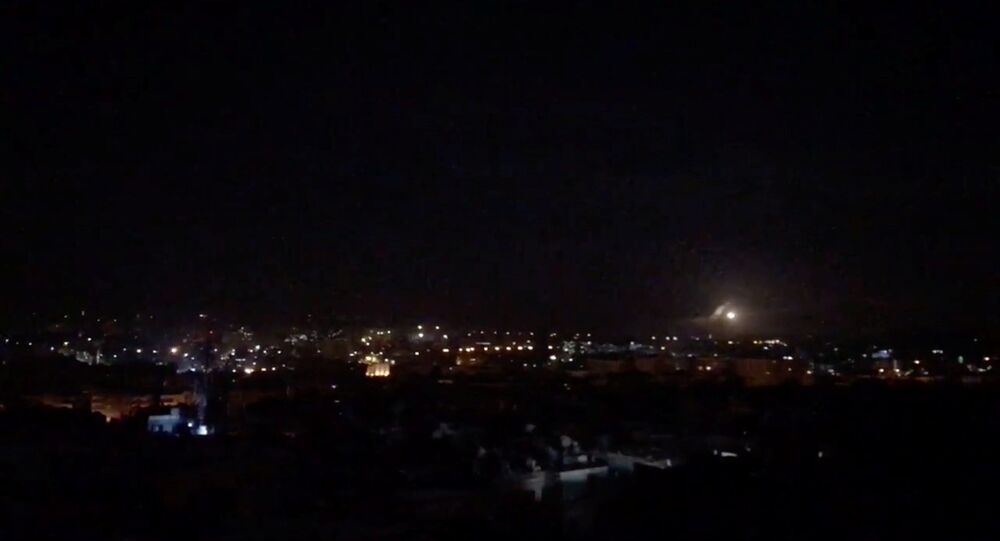 Israeli Strikes on Sovereign Syria Must Be Stopped - Moscow

The Israel Defence Forces (IDF) said on 21 January that it had hit alleged Iranian military facilities in Syria, including weapons depots in the area of Damascus International Airport, an intelligence centre, and a training camp, in response to a reported rocket strike on the Golan Heights.

"With regard to the latest Israeli attacks, we said that such arbitrary attacks on sovereign Syrian territory should be stopped and excluded. Any strikes destabilise the situation even more. No one should conduct actions in Syria that go beyond the scope of antiterrorist objectives", Russian Deputy Foreign Minister Sergei Vershinin said in an interview with Russian media.

Vershinin praised the operation of the Russian-Israeli deconfliction mechanism, which has been in place for over a year, and voiced readiness to make it even more efficient. He also claimed that related discussions between the country's military were underway.

"We obviously want a more efficient deconfliction mechanism. We want to avoid incidents similar to what happened to our aircraft", Vershinin said.

At the same time, Vershinin noted that, in general, between Russia and Israel "the military line of deconfliction is steadily working, the line has been operational for over a year and we are improving it".

The statement comes after the Israeli military announced that they had attacked alleged Iranian arms depots in Syria and several air defence batteries, which opened fire on the aircraft involved in the bombings. The attack, according to the Israeli military, was a response to an attempted rocket attack on the Golan Heights, which was reported the day before.

© CC0
US Sanctions Showed ‘Limited' Effect on Iran’s Ability to Operate in Syria - Pentagon
On 13 January, Israeli Prime Minister Benjamin Netanyahu said that Israel, in order to prevent Iran's military consolidation in Syria, is ready to step up attacks on Iranian facilities in the neighbouring country.

Relations between Israel and Iran have recently been even more strained. Israel has been opposing Iran's alleged military presence in Syria, fearing that Tehran might gain increased influence in the region. Iran has stressed that it only sends advisers at the request of the Syrian government.

Sergei Vershinin also stated that Russian President Vladimir Putin, Turkish President Recep Tayyip Erdogan, and Iranian President Hassan Rouhani will discuss the situation in Syria's Idlib and the Syrian political settlement during their summit, which is set to be held in the Russian resort city of Sochi on 14 February.

"The situation 'on the ground' is always included on the agenda of the Astana format-meetings. This concerns the situation in Idlib and all the related details… We will certainly discuss the political process and the aims of the post-conflict development of the country", Vershinin noted.

He added that the three leaders would also discuss the developments "on the ground" and the new efforts that Russia, Turkey and Iran could undertake in order to stabilize the situation in Syria and to prevent terror attacks there.

Humanitarian assistance to Syria and refugee repatriation will also be discussed.