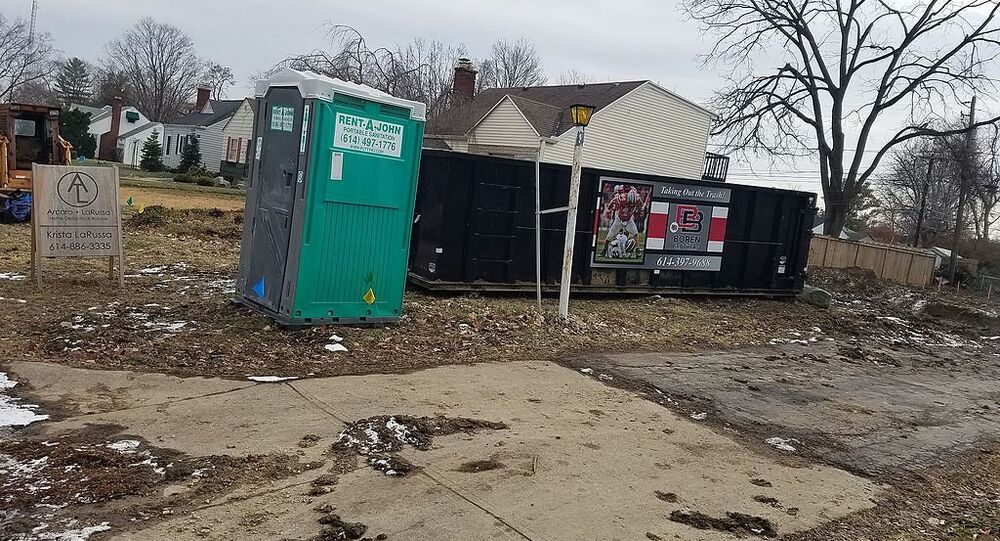 As US President Donald Trump warns he wants the US military to stay in Iraq to “watch Iran,” news has emerged of a 2017 mishap in which US forces in Syria nearly caused an international incident by calling an airstrike on a port-a-potty used by Iran-aligned forces. The episode highlights the dangers of two hostile forces in close proximity.

On Monday, Foreign Policy published a story on the incident, warning about "mission creep," a military buzzword for undefined objectives that leave the door open for greater military involvement in a conflict, and how it risks a major confrontation between US and Iranian forces in the Middle East.

The episode happened in May 2017 near the US outpost at at-Tanf, a base on the Syrian border with Iraq that sits astride a major road between the two countries. As Foreign Policy tells it, citing a US defense official who requested anonymity, fighting near the base had soldiers there on edge, and when a convoy that US officials believed to be composed of Iran-aligned, pro-Damascus forces approached the base, airstrikes were called on the group.

However, US Air Force officials at the Combined Air Operations Center in Qatar quickly realized what their target was and refused to attack it, the publication noted.

In their nervousness, the US forces at at-Tanf had requested an air strike on a pickup truck carrying a port-a-potty, which US Air Forces Central Command did not believe to be "a lawful order that complied with the rules of engagement."

"They had told us exactly what they were going to do, and we had not told them no," the official told Foreign Policy. "We stray from the Constitution when military commanders choose to use US military force against another state's force in the absence of a credible, imminent threat."

© CC0 / Staff Sgt. Jacob Connor / 5th Special Forces Group (Airborne)
Jordan Will Not Take Over or Monitor al-Tanf Base After US Withdrawal - FM

While this incident was defused thanks to some level-headed thinking, the fact that it was possible at all highlights the danger of having US forces in such close proximity to those of adversaries, such as Iran.

The day before the Foreign Policy story was published, Trump told CBS' "Face the Nation" in an interview that while US forces were going to be leaving Syria, they would be staying in Iraq, in some cases in new or expanded bases only miles from the Syrian border, in order "to be looking a little bit at Iran, because Iran is a real problem."

"All I want to do is be able to watch" Iran, Trump told CBS correspondent Margaret Brennan. "We have an unbelievable and expensive military base built in Iraq. It's perfectly situated for looking at all over different parts of the troubled Middle East rather than pulling up."

Trump's comments come amid Pentagon warnings that Daesh, the ostensible reason for the US presence in Syria, is in danger of rebounding in as little as six months if US forces withdraw. Those fears were assuaged by experts, who told Sputnik that it was "Pentagon scare-mongering" by "generals determined to thwart the president and continue with their never-ending wars."