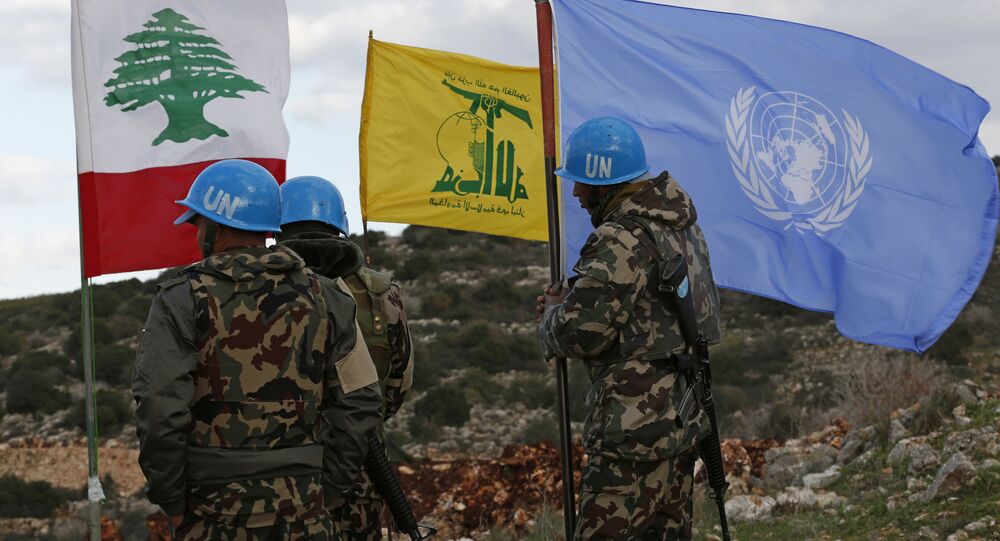 Earlier, Israeli Prime Minister Benjamin Netanyahu accused Hezbollah of being an Iranian "proxy," and claimed the group had taken control of the newly formed Lebanese government. The claims were made amid ongoing tensions over a network of tunnels found on the Lebanese-Israeli border, and Israeli fears of Hezbollah's growing missile capabilities.

© AP Photo / Aziz Taher
US Urges New Lebanese Govt to Avoid Support for Hezbollah - State Department
Together with Israel, the United States voiced concerns over Hezbollah's participation in the new government, including its control of the health ministry, which enjoys the country's largest budget. Qassem emphasised that Hezbollah's control over the health portfolio will not in any way alter the system's functioning, with new minister Hezbollah affiliate Dr. Jamil Jabak listing his priorities as improving state hospitals and lowering prescription drug prices.