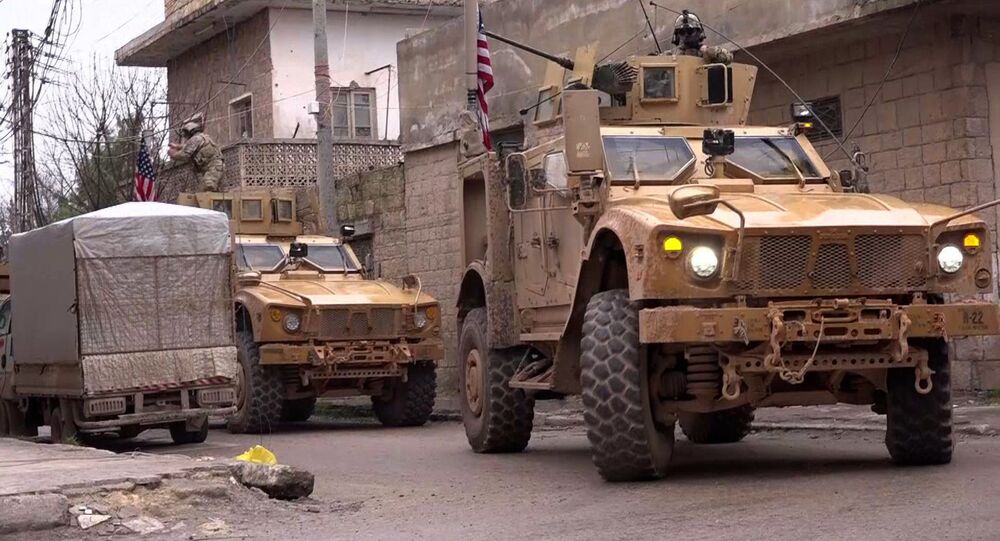 The US announced its withdrawal from Syria in 2018 with President Donald Trump suggesting that other states in the region will clear out the remains of the terrorist organisation.

Daesh* could reclaim some of its territories within 6 to 12 months after the US concludes its presence in Syria, NBC News reported, citing an obtained draft Pentagon paper. The paper, which is scheduled to be released next week, reportedly says that without the US military pressure on the terrorist organisation, it will soon start working to reinstating the caliphate in a "physical" form. The terror group is mainly resorting to guerrilla warfare tactics at present.

The Department of Defence and the National Security Council haven't commented on the NBC report.

The alleged report comes amid US attempts to ensure a best scenario for its pull-out from the Arab Republic, which, since its announcement, has spurred concerns. US allies, politicians, and experts fear that Daesh* may return to its former positions in Syria due to the power vacuum.

Another concern is a planned Turkish military operation that is scheduled to begin after the US withdrawal and occur in Manbij and east of the Euphrates. Turkey has stated that it will target terrorists in northern Syria, including Kurds linked to the Kurdistan Workers' Party (PKK), which Ankara considers to be a terrorist organisation.

READ MORE: Jordan Will Not Take Over or Monitor al-Tanf Base After US Withdrawal — FM

Trump threatened on Twitter to "devastate" the Turkish economy if Ankara attacks US-allied Kurdish forces in Syria. The Turkish president's spokesman said that it was a "fatal mistake" to equate all Syrian Kurds with the PKK and with the PYD [Kurdish Democratic Union Party]/YPG [Kurdish People's Protection Units], which Turkey believes to be affiliated with the PKK.

US Troop Numbers to Fluctuate During Syria Withdrawal - Pentagon