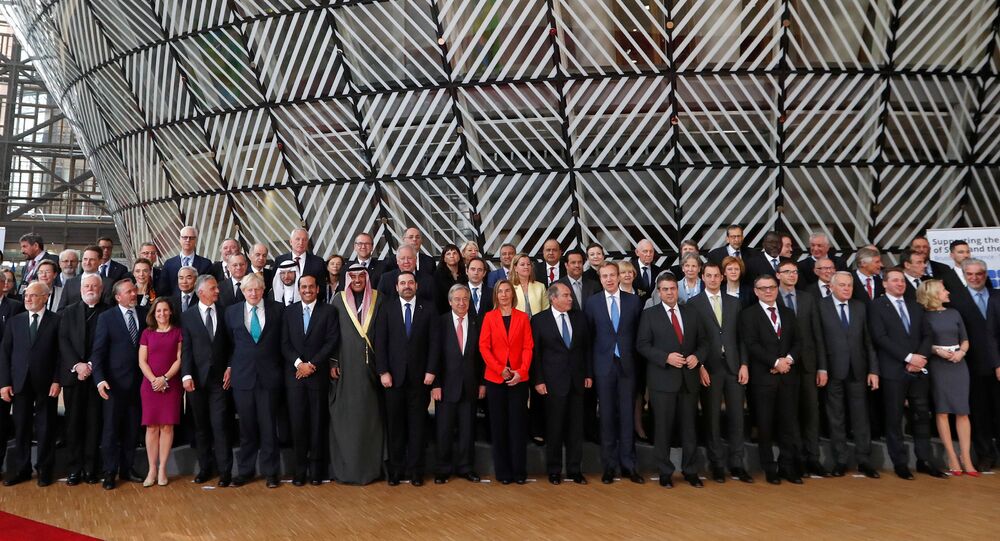 PARIS (Sputnik) – The third Brussels Conference on Supporting the Future of Syria and the Region, which is devoted to mobilizing financial aid for the war-torn country, will be held on March 13-14, the French Foreign Ministry said.

"The ministers will make preparations for the Brussels III conference on the future of Syria, which the EU will host on March 13-14," the ministry’s spokesperson said in a statement published on the ministry’s website on Wednesday.

During this meeting, French Foreign Minister Jean-Yves Le Drian would emphasize the importance of the unity among the EU member states for the successful political settlement of the Syrian crisis.

"He will also bring up the EU’s ability to exert pressure — for example, by imposing sanctions and political conditions on the funding of reconstruction aid," the statement added.

© Sputnik / Mohammad Maarouf
Syria May Need Over $400Bln to Be Rebuilt, Relies on Russian Aid - Minister
In September, the European Union said that the third edition of the Brussels Conference on Supporting the Future of Syria and the Region will be held in the last week of March 2019.