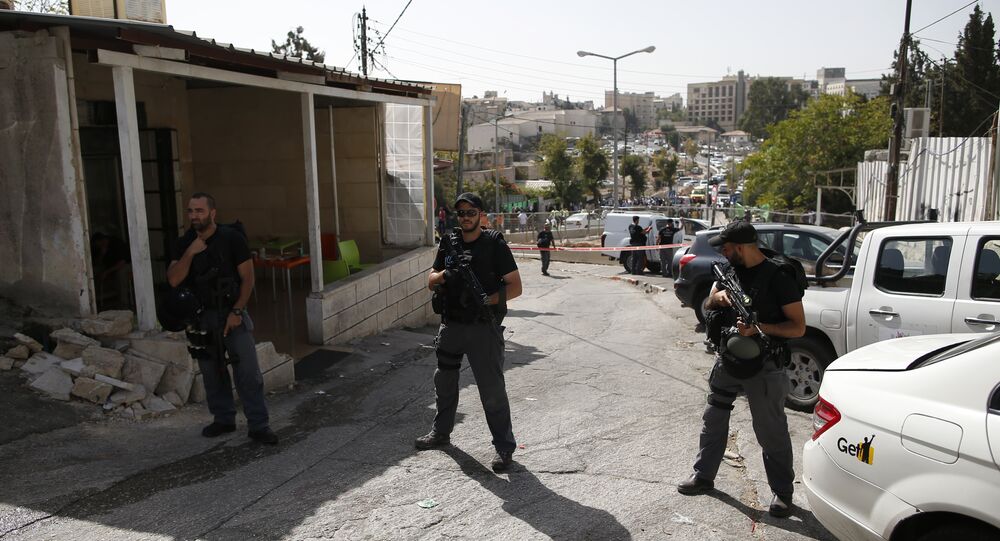 TEL AVIV (Sputnik) - A suspected female terrorist was killed at a checkpoint east of Jerusalem after attempting to stab one of the Israeli security guards, Israel Police Foreign Press Spokesman Micky Rosenfeld said on Wednesday.

"A terrorist attempted to stab a security guard at the Za'ayem checkpoint… The terrorist was neutralized by return fire," Rosenfeld said.

© AP Photo / Ariel Schalit
At least 1 Hurt as Gunmen Attack Public Bus North of Jerusalem - IDF
The incident took place between Jerusalem and Ma'ale Adumim Jewish settlement in the West Bank. A woman approached the checkpoint with a knife intending to stab one of the security guards, who opened fire and shot the attacker.

For decades, Israel has been in conflict with the Palestinians, who have been seeking diplomatic recognition for their state on the territories of the West Bank, including East Jerusalem, which are partially occupied by Israel, and the Gaza Strip.

The Israeli government refuses to recognize Palestine as an independent political and diplomatic entity and continues to build settlements in the occupied areas, despite objections from the international community.

From Jerusalem to INF Treaty: Highlights of Trump's Foreign Policy in 2018