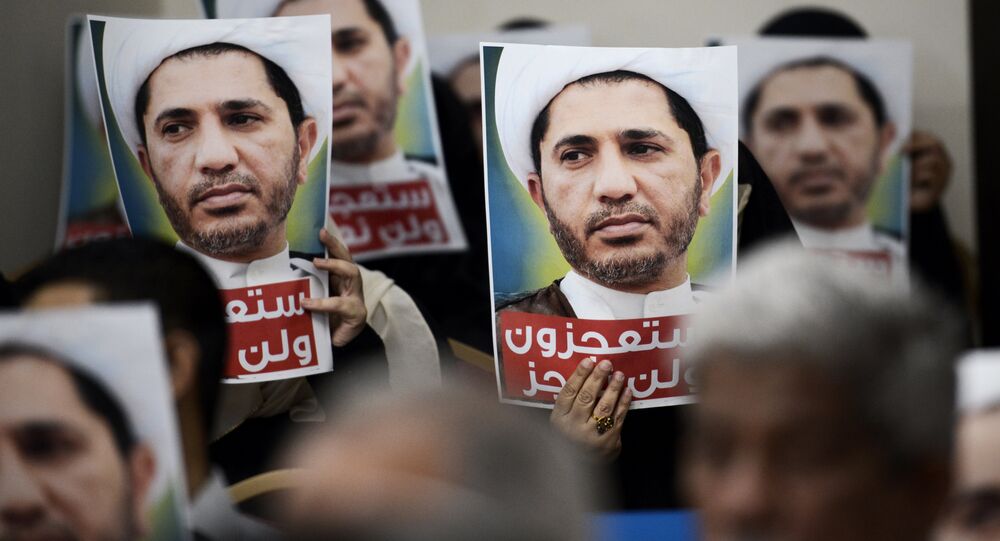 "The Cassation Court dismissed the request of Sheikh Salman's lawyers to reconsider the previous sentence and confirmed the life sentence," the defence lawyer Abdullah Shamlawi, as quoted by Bahrain's opposition Lualua TV Channel.

Al Wefaq party was quick to respond to the verdict, saying in a statement published on the party's website that the case became "deadlocked after all the legal, technical and diplomatic efforts that have been done." The party further urged the country to remove all charges against Salman and release him immediately.

This comes after in June 2018, Bahrain's High Criminal Court dropped the espionage charges against Salman, who had been imprisoned since 2015 for insulting the Bahraini Interior Ministry and inciting disobedience to the authorities. However, the public prosecutor soon remanded the case for retrial, and in November 2018 the High Court for Appeals sentenced Salman and his aides Ali Aswad and Hassan Sultan to life in prison, which was appealed by Salman's defence.

© AFP 2020 / Mohammed Al-Shaikh
UN Chief Deplores Dissolution of Opposition Al-Wefaq Party in Bahrain
Salman's Al Wefaq party is considered to be the largest opposition group in the Persian Gulf region. He led mass protests of the Shiite opposition in 2011, when, in the wake of the Arab Spring, the Shiites, who constitute the majority of Bahrain's population, were close to overthrowing the 200-year-old Al Khalifa dynasty, which professed Sunni Islam.

The conflict in the country was mediated by neighboring countries. The Bahraini leadership asked Qatar, which had contacts with the Shiite opposition, for help in facilitating a dialogue with the protesters. Salman ended up negotiating with Qatari officials during the 2011 events with Bahrain's approval.

However, after it cut diplomatic ties with Qatar in the summer of 2017, Manama deemed such activities as espionage and accused Doha of interfering in its internal affairs and attempting to overthrow the royal family through local opposition groups. In November of that year, Salman was charged with spying on behalf of a foreign state.