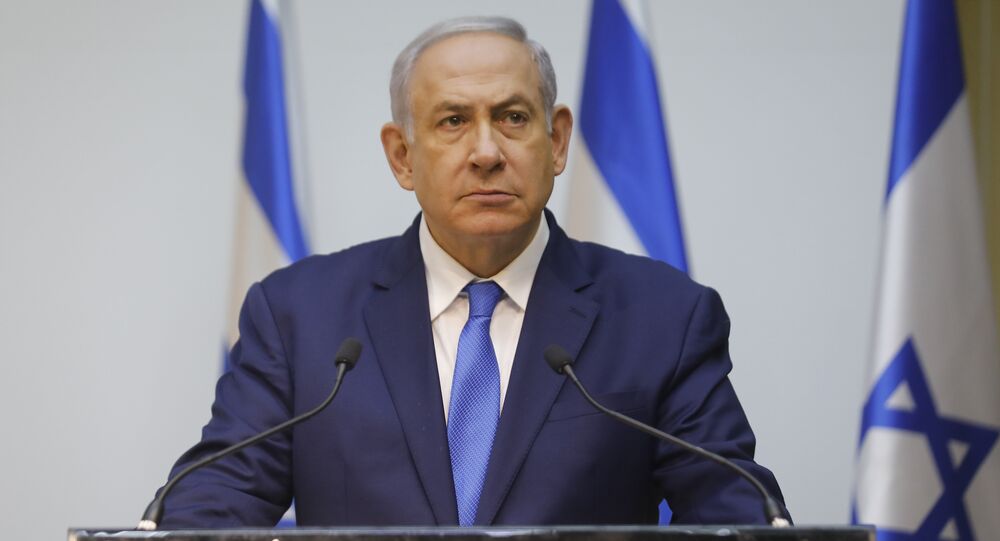 The statement comes after Hezbollah Secretary-General Hassan Nasrallah said on Sunday that his militant group does not exclude that together with Iran and Syria, it could retaliate against Israel if the Jewish state conducts another airstrike on Damascus.

The lethal might of the Israel Defence Forces (IDF) is one of the things that perplex Hezbollah Secretary-General Hassan Nasrallah, according to Israeli Prime Minister Benjamin Netanyahu.

"Yesterday Nasrallah broke his silence. He is embarrassed for three reasons: firstly, due to our tremendous success in Operation Northern Shield. He and his men invested tremendous effort in the surprise weapon of the tunnels, including digging them — contrary to what he said — in recent years and in recent months. Within six weeks we completely deprived him of that weapon", Netanyahu told a Cabinet meeting on Sunday.

He explained that Nasrallah's second source of embarrassment is related to Hezbollah's "financial distress" due to the reinstatement of US sanctions against Iran and "its proxies, first and foremost Hezbollah".

"Thirdly, Nasrallah is embarrassed by our determination. Hezbollah is faced with the lethal force of the IDF, and believe me, Nasrallah has good reasons not to want to feel our blows land", Netanyahu concluded, as cited by the Times of Israel newspaper.

His remarks came after Nasrallah pledged to retaliate against Israel if it conducts another airstrike on Syria. Last week, the Israeli Air Force delivered three airstrikes on reported Iranian targets in Syria. At least four Syrian servicemen were killed and another six were wounded in the airstrikes.

"There's a possibility that we will make a decision on various responsive measures over Israeli aggression, since what happened the last time [in Syria] was very dangerous," Nasrallah told Lebanese broadcaster Al Mayadeen late on Saturday.

He spoke for the first time since Israel launched Operation Northern Shield in early December to uncover and destroy the tunnels dug under its border by Hezbollah.

In mid-January, the IDF declared an end to the operation after discovering the sixth and largest tunnel Hezbollah had dug in order to enter Israel.

© AP Photo / Mohammed Zaatari
Hezbollah-Affiliated Media Sneak Up on 'IDF Troops' Along Lebanon Border (PHOTO)
Israel views Hezbollah's presence in Lebanon and Syria as a threat to its national security; the movement is backed by Iran, which is Israel's key rival in the region.

Israel and Hezbollah last clashed in 2006, when the IDF invaded Lebanon after the militant group kidnapped two Israeli soldiers in a cross-border raid.