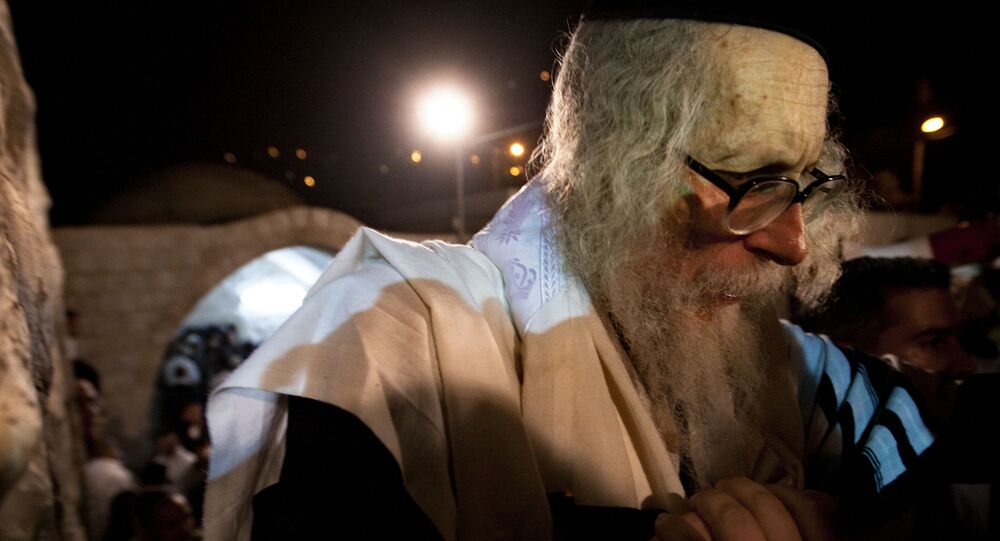 Eliezer Berland, the founder and leader of the Shuvu Banim religious community, was extradited to Israel in 2016 and pleaded guilty to two counts of indecent acts and one case of sexual assault. The 81-year-old received an 18-month sentence but was released after some five months in jail on medical grounds.

Israeli sex convict rabbi Eliezer Berland claims he will resuscitate people who were officially declared brain dead if their family members pay about 20,000 shekels (5,400 dollars),  according to Israel's Channel 12 news.

The 81-year-old's fraudulent miracles-for-cash services were exposed by Channel 12 journalists, who made up the story of a 35-year-old female patient called Yael and posed as her relatives.

They contacted Berland's aide Natan, who assured them that "at least once a week, the rabbi revives the dead in all sorts of ways in the hospital".

Shortly after, they kept in touch with Berland himself, who argued that he performed "total miracles" by "reviving people who were brain dead and were totally paralyzed as well as those suffering from cancer […] against which they didn't stand a chance".

"If you bring me NIS 20,000, she'll wake up. There will be a miracle. Her brain will start to work, you'll see her brain starting to work," he said.

Berland associates, for their part, alleged that his blessing is free of charge and that "there is a matter of pledging money to charity during a time of suffering".

"The rabbi himself blesses and prays and doesn't deal with money at all. If the money comes, it’s immediately distributed to the needy," they said, adding that they'd witnessed "thousands of stories of people who were saved by the blessings of the rabbi, which are supernatural".

The Times of Israel obtained a recording in which, it claims, Berland is heard boasting of exploiting a woman who'd donated tens of thousands of dollars.

The newspaper cited activists as saying that some people even sold their houses to send donations to Berland, something that they claimed was "tantamount to extortion by a cult-like leader with undue influence over his followers".

© AFP 2021 / JACK GUEZ
Rabbi Faces Criminal Charges Over Allegedly Having Sex With Underage Prostitute
Eliezer Berland, the founder and leader of the Shuvu Banim religious community, was accused of sex offences in 2013, but fled Israel to escape punishment and moved between the Netherlands, Zimbabwe, Switzerland and South Africa.

He was eventually extradited to Israel in 2016 and pleaded guilty to two counts of indecent acts and one case of sexual assault.

He received an 18-month sentence but was released in April 2017 after some five months in jail on medical grounds.