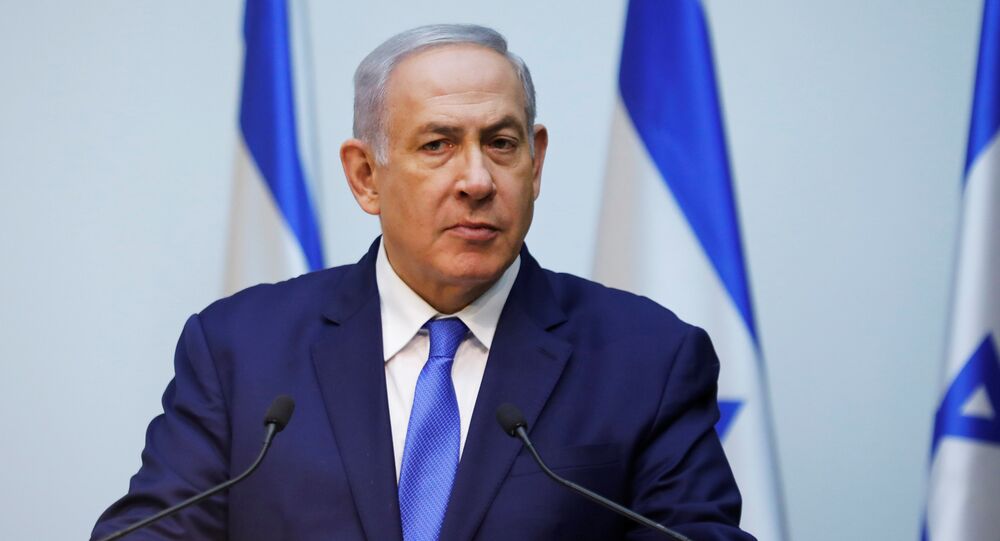 Israeli Prime Minister Benjamin Netanyahu suggested to Iranian Quds Force Commander Qassem Soleimani that he should look into the state of “bases he is trying to establish in Syria” instead of “interfering in the [Israeli] elections.”

The response came after Kuwaiti newspaper Al-Jarida reported that Soleimani spoke of the need for a response to the Israeli air raid, as it would cause Israeli Prime Minister Benjamin Netanyahu to fail in the forthcoming elections, citing Iranian sources.

“Instead of intervening in the elections, Soleimani should look at the state of the Iranian bases he is trying to establish in Syria,” Netanyahu tweeted in response, referring to recent strikes by Israel targeting alleged Iranian military infrastructure in Syria.

​Instead of interfering in the elections, Soleimani would do well to check the state of the Iranian bases that he is trying to establish in Syria. Our policy is clear and will not change: We are determined to prevent Iran from militarily entrenching itself in Syria against Israel. pic.twitter.com/c4e3o8IqEJ

On Sunday, the Israeli Air Force carried out a missile attack on alleged Iranian targets in Syria, including “military facilities of [Iranian unit] Quds Force, including weapons depots, mainly in the area of Damascus International Airport, Iranian intelligence centre, Iranian training camp" in response to a rocket fired at the Golan Heights.

Israel has consistently expressed concern over Iran’s alleged attempts to establish itself in Syria, including a permanent military presence in the Arab Republic. Tehran, in turn, has repeatedly emphasised that it has only been providing military advisers to Syria to help the country fight against terrorism.