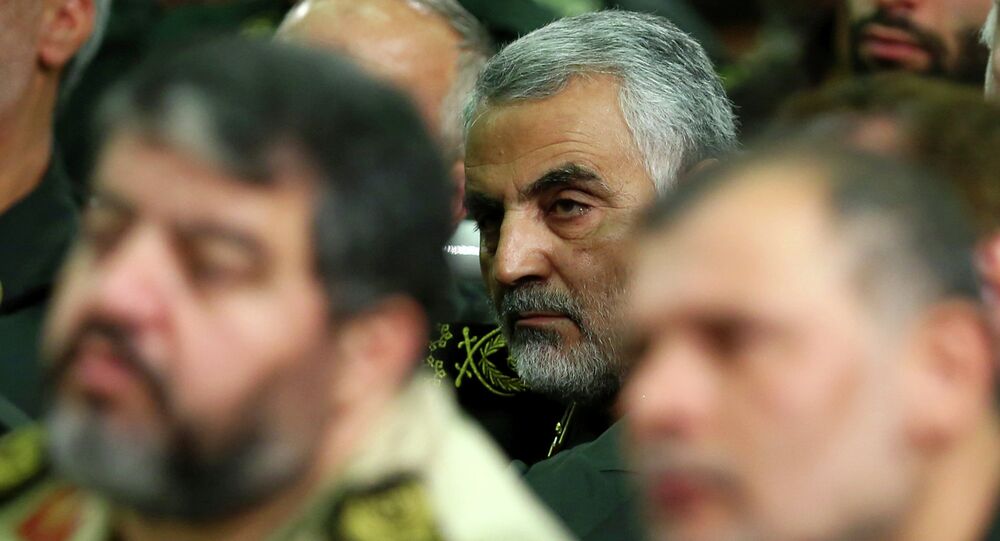 Iran has threatened to escalate the situation in the Middle East if Israel keeps attacking Syria, Kuwaiti newspaper Al-Jarida reported.

Commander of the Islamic Revolutionary Guard Corps (IRGC) Quds Force Major General Qassem Soleimani’s visit to southern Syria could have triggered the Israeli attacks on Damascus International Airport on Sunday, according to a report by Kuwaiti paper Al-Jarida.

“Soleimani’s visit to a location less than 40 km from the ceasefire in the Golan Heights violated a previous American-Russian-Israeli agreement” regarding the alleged Iranian presence in the country, the report said.

According to the paper, Soleimani paid a secret two-hour visit just two days before Israel’s Iron Dome system intercepted a rocket fired at the Golan Heights.

The Iranian elite unit commander reportedly said that the only way to stop the Israeli attacks was to hit back with three missiles for every one that Israel fires and to attempt to intercept any Israeli fighter jets.

© AFP 2021 / JALAA MAREY
Israeli Interception of Syrian Missile Caught on Snowboarder's Camera in Golan Heights (VIDEO)
Al-Jarida claims that Soleimani stressed the need to respond to the air raid, as it would lead to the failure of Israeli Prime Minister Benjamin Netanyahu in the forthcoming elections.

On Sunday, the Israeli Air Force carried out a missile attack on alleged Iranian targets in Syria, including “military facilities of [Iranian unit] Quds Force, including weapons depots, mainly in the area of Damascus International Airport, Iranian intelligence centre, Iranian training camp" in response to the rocket fired at the Golan Heights.

The Israeli military also targeted Syrian air defences after they responded to the attack, despite the IDF’s outright warning.

According to the Russian Ministry of Defence, Syrian air defence systems destroyed over 30 cruise missiles and guided bombs while repelling the attack.

Israel has consistently expressed concern over Iran’s alleged attempts to entrench itself in Syria and establish a permanent military presence in the Arab Republic. Tehran, in turn, has repeatedly emphasised that it has only been providing military advisers to Syria to help it fight against terrorism.