Several civilians were killed after a coalition airstrike in Syrian Baguz village, while they were trying to flee from Daesh* terrorists, local Ikhbariya TV reported, quoting local sources. 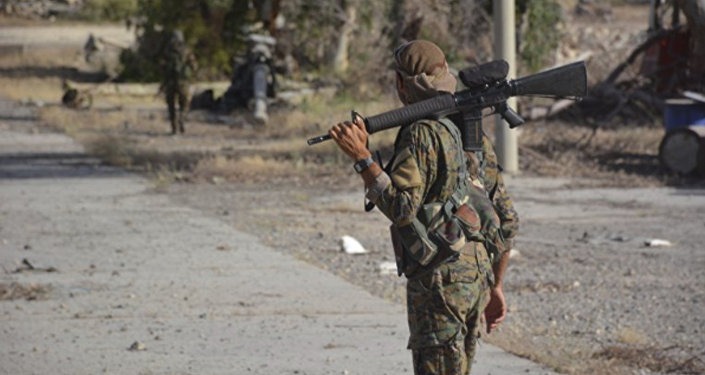 © AP Photo / Hawar News Agency
US-Led Coalition Confirms US Convoy in Syria Was Involved in Car Bomb Attack (PHOTO)
The US-led coalition of more than 70 countries has been conducting military operations in Syria and Iraq which according to the coalition were aimed against the Daesh. The coalition's operations in Syria are not authorized by the government of President Bashar Assad or the UN Security Council.

The Syrian media have frequently reported about civilian casualties as a result of the strikes.

Previously, the Syrian authorities have called on the United Nations to hold those responsible for the civilian casualties accountable and put an end to the coalition's unauthorized presence on Syrian territory.

*Daesh (also known as ISIS/ISIL/IS) is a terrorist group banned in Russia, US and many other countries.