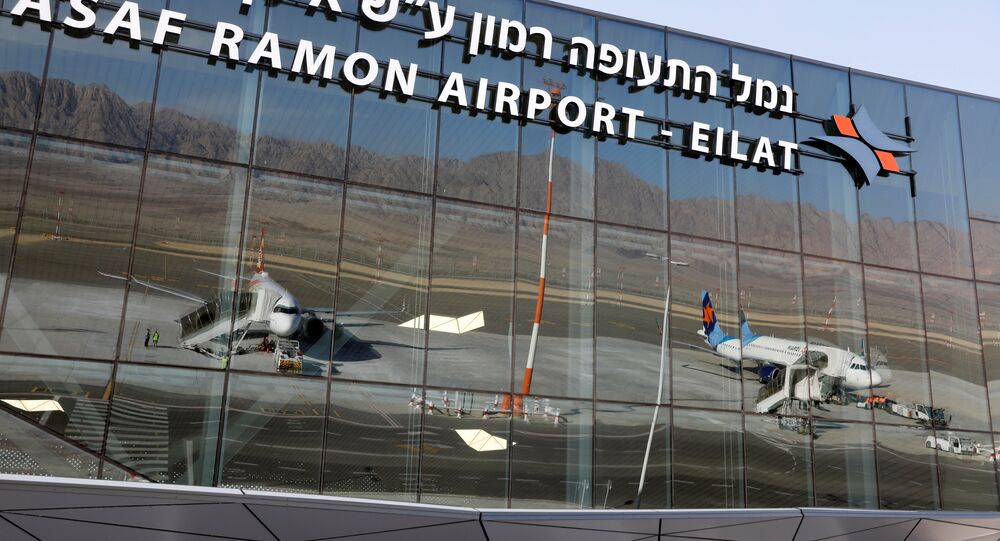 Israeli resort city Eilat’s Ramon International Airport is located just kilometres away from the kingdom’s port city Aqaba. Jordan has objected to the project since construction began in 2013, and warns that it “reserves all options to ensure the defence of the kingdom’s interests and protection”.

The head of Jordan’s Civil Aviation Regulatory Commission Haitham Misto has expressed Amman’s objection against opening the newly constructed Ramon International Airport in its current location near the Red Sea resort of Eilat. The Times of Israel cites the official as saying that the facility, situated less than 20 kilometres from the key Jordanian port of Aqaba, violates “international standards regarding respect for the sovereignty of airspace and territory of other countries”.

While the kingdom’s media outlets reported that Jordan has complained to the International Civil Aviation Organisation (ICAO), Misto revealed that they had informed the international body about “the kingdom’s strong objection”.

According to him, they called on the aviation watchdog to "take all necessary measures to ensure that Israel complies with international standards”. Jordan, which objected to the construction of the facility since its beginning in 2013, is also said to have informed Israel “that the decision to operate the airport should not be taken unilaterally until all outstanding matters are resolved”. The official warned that his country "reserves all options to ensure the defence of the kingdom's interests and protection", Press-TV reports.

READ MORE: Israel Up in Arms Over Jordan Minister Filmed Stepping on Its Flag

The grand opening of the $500-million airport took place on 21 January. Prime Minister Benjamin Netanyahu, who attended the opening, stated in his address that Ramon Airport would give Israel “further strategic capabilities in times of normal activity and when needed, in times of emergency”, noting that the new facility could serve as an alternative to Tel Aviv's Ben-Gurion airport when needed. According to Israeli media, cited by the Times of Israel, a special protective 26-metre-high fence has been installed near Ramon to shield the new airport from missiles.

The airport, named after Israel’s first astronaut Ilan Ramon and his son Asaf, a F-16 pilot, who both tragically died in air crashes, is set to replace Eilat’s current airport, which receives mainly domestic flights, as well as the Ovda Airport. Ovda serves as a military airfield and also operates international flights. With Ramon Airport’s 2-million-strong passenger throughput per year, Eilat is expected to see a tourism boom.

Jordan remains one of a few countries and the only member of the Arab league that has maintained diplomatic relations with Israel for more than two decades. However, even though Tel Aviv and Amman signed a peace deal in 1994, relations between them remain tense with many Jordanians opposing to these ties.