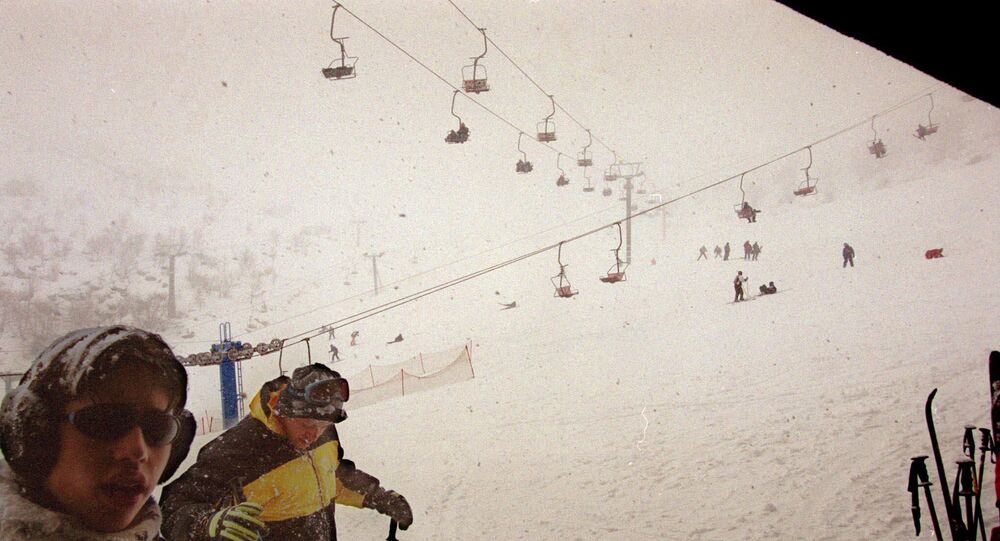 TEL AVIV (Sputnik) - The Israel Defense Forces said they had ordered to suspend on Monday the work of the country's only ski resort, Mount Hermon, located on border with Syria.

Syria's air defense was able to shoot down a significant part of The announcement of the closure of Mount Hermon for tourists followed the start of massive strikes against alleged Iranian forces in the territory of neighboring Syria.

"Based on the results of the assessment of the situation, it was decided that Hermon would not be open to visitors today," the IDF said on Twitter.

​According to the tweet, "no futher instructions to the residents of the Golan and the region" were given. The military has not yet introduced any additional military precautions on the border with Syria.

The first attack was successfully repelled, what was confirmed by a Russian military spokesman, who highlighted that there were "no victims, and no damage."

According to a Syrian military source, Syria's air defense was able to shoot down a significant part of the second-wave missiles.

"The Israeli enemy struck a massive air and ground attack with several 'waves' of guided missiles. Our air defense systems immediately began to repel the attack of enemy missiles. A significant part of the missiles destroyed before they reached the targets," the source said.