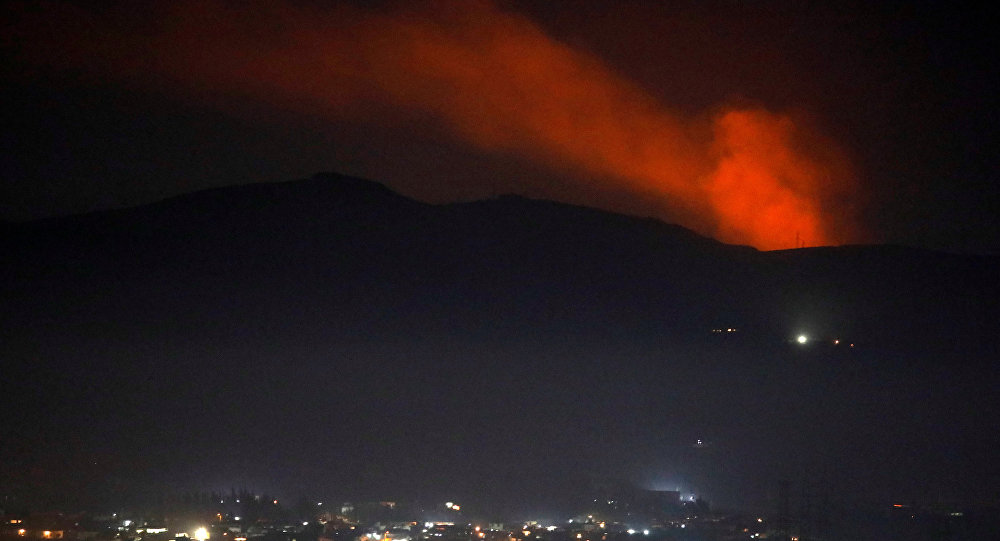 Damascus' air defense systems earlier on Sunday repelled an air strike by Israel in the south of Syria, a source in the country's military told Sputnik.

Syria’s air defense has shot down several targets, the agency added, without providing further details. According to Syrian state television, the attack was conducted from the airspace of Lebanon.

A Syrian military source told Sputnik on Monday that Israel attacked Damascus from air and ground with guided missiles. Powerful blasts were reportedly heard in Damascus from 1.10 a.m. to 2.00 a.m. local time on Monday (23.10 to midnight GMT on Sunday).

"The Israeli enemy struck a massive air and ground attack with several 'waves' of guided missiles. Our air defense systems immediately began to repel the attack of enemy missiles. A significant part of the missiles destroyed before they reached the targets", the source said.

Live from #Damascus, moment of impact of Syrian air-defense missile downing an Israeli object in the sky. pic.twitter.com/TKq1b9fPfR

State broadcaster Ikhbariya reported that air defense forces had shot down "tens" of Israeli targets. The broadcaster noted that various types of weapons had been used in the attack and that the missiles had been launched from the airspace of Lebanon, as well as from the northern part of the Israeli region of Galilee and from the area of Lake Tiberias.

WATCH: IDF Use Liquid Cement to Seal Off Hezbollah Tunnel

Israel Defense Forces (IDF) claimed on Monday that they were attacking Iranian forces in the territory of neighboring Syria. The IDF also warned the Syrian army against attempts to attack Israeli territory or its troops.

Later in the day, the Israeli Air Forces struck, in response to an a attempt of an alleged missile attack on Golan Heights, several air defense targets in Syria, including alleged Iran's Syria-based arms depots, reconnaissance facility and a training camp, the IDF claimed in a twitter statement on Monday.

Israeli Prime Minister Benjamin Netanyahu's press office said on Sunday that "our permanent policy is to oppose Iran’s attempts to gain a foothold in Syria and to hurt those who is trying to hurt us". 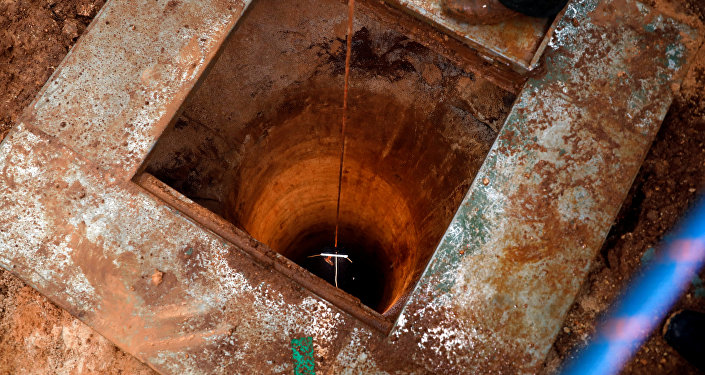 "Our position is clear. We will continue to act against the Iranian military entrenchment in Syria, including at present, and we will act against any element that undermines, or attempts to undermine, the security of Israel", Netanyahu said.

The Israeli military estimated the number of air strikes over the past two years at 200. Tel Aviv, Tehran’s long-time regional opponent, has repeatedly expressed security concerns over an alleged Iranian military presence next to its borders in Syria.

Israel has officially taken a neutral stance on the seven-year Syrian civil war, however, and Tel Aviv claims the IDF has been conducting air raids in Syria allegedly against the Lebanese paramilitary group Hezbollah and also to counter what it claims is alleged Iran's military presence in the neighboring country.

© AP Photo / Ariel Schalit
Netanyauhu Thanks US for Opposing UN Resolution on Golan Heights That Slammed Israel
Hezbollah has been reportedly supporting the Syrian government in the civil war since 2012. Hezbollah has repeatedly claimed that its troops came to Syria after receiving an invitation from Damascus and were ready to leave the country as soon as the government asks.

Tel Aviv has a bellicose relationship with Damascus' Lebanese ally Hezbollah and Iran, and repeatedly strikes its alleged targets in the conflict-torn country. According to Tel Aviv, Iran allegedly seeks to turn Syria into a military foothold and Israeli activities in Syria are aimed to curb Tehran's aspirations. Tehran has repeatedly stressed that only its military advisers operate in Syria.