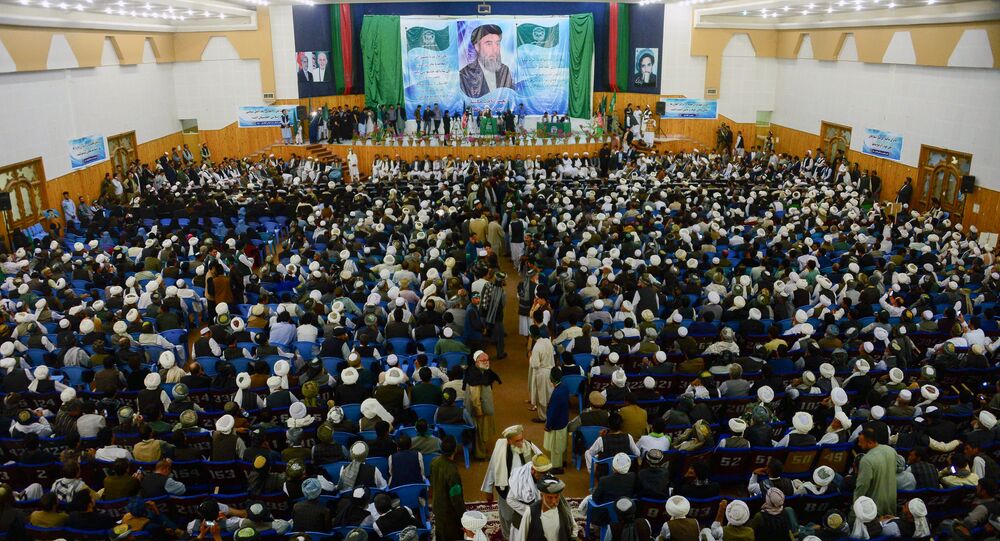 The channel reported, citing Hekmatyar, that the former insurgent would run for the presidency as an independent candidate.

Hekmatyar noted that the current Afghan government was a reason for the continuing war in the country, and the system must be changed in a peaceful way.

© AP Photo / Aaron Favila
US Discusses Possibility of Keeping Bases in Afghanistan With Taliban – Report
On December 30, the Independent Election Commission of Afghanistan announced that the country's presidential election, initially scheduled for April 20, would be pushed back to July 20 due to the problems the country faced during the parliamentary elections in October 2018 and the preparation of talks on a peace agreement with the Taliban radical movement.

In September 2016, the Afghan government signed a peace agreement with Hekmatyar’s Hezb-e Islam faction, which has waged a violent insurgency against the government for the past 15 years. Since 2001 Hezb-e Islami has launched attacks on both US and Afghan forces.

Hekmatyar headed a notorious opposition faction against the Afghan government during the 1979-1989 civil war. He served as prime minister in the mujahideen government when another civil war raged from 1992 to 1996, before defecting to help the Taliban take over the country. Rights groups claim he is responsible for torturing and murdering scores of civilians including Soviet troops.

Moscow Blames Postponement of Afghan Presidential Election on US Influence