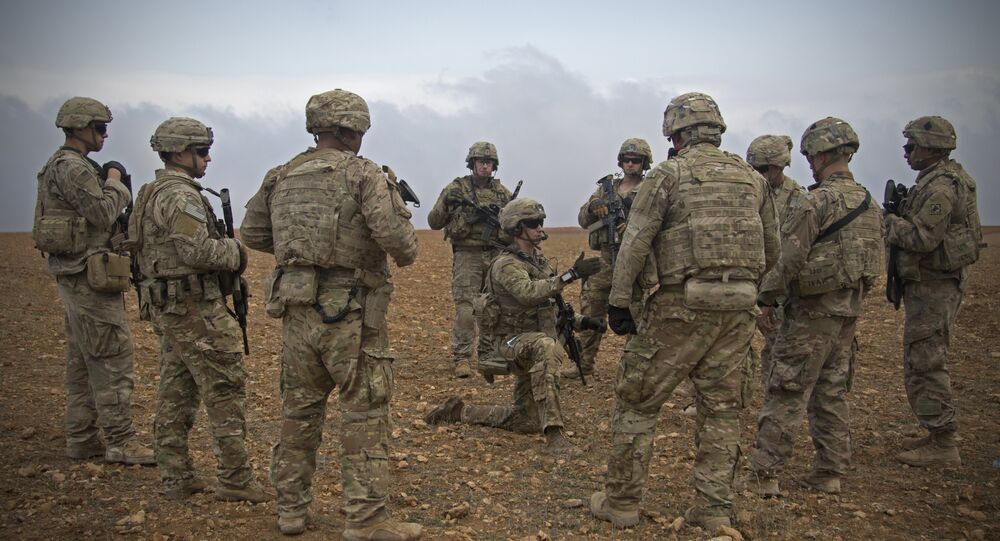 Announcing the planned pull-out of US troops from Syria in December 2018, President Donald Trump mentioned Daesh's apparent defeat, insisting there is no reason to keep forces deployed in the Arab Republic.

During US President Donald Trump's surprise visit to Iraq on 26 December, military commanders warned him that Daesh* has not entirely been defeated in Syria despite his claims to the contrary, CNN cited sources familiar with the matter as saying.

According to the sources, the commanders told Trump that pockets of Daesh terrorists "remained in the Euphrates River valley and that US military had not yet eliminated all of their strongholds".

READ MORE: US Unlikely to Abandon Military Bases in Syria’s North Even After Pullout

Trump was informed that the US military successfully took back other areas from Daesh but the job is yet to be finished.

The sources stressed that the officers' remarks were "eye-opening" for Trump, who earlier claimed that Daesh was "badly" defeated in Syria, announcing the start of US withdrawal from the Arab Republic.

On Wednesday, Vice President Mike Pence claimed that Daesh had indeed been defeated, adding that the US is "now able to hand off the fight against ISIS [Daesh] to our coalition partners" after the group's caliphate "crumbled."

READ MORE: 'It Doesn't Look to Me as if US Withdrawal From Syria is on Horizon' – Journo

Earlier that day, a spokesperson for Operation Inherent Resolve announced in a tweet that several US service members had been among the 16 people killed in a bomb attack in the northern Syrian town of Manbij. Daesh reportedly claimed responsibility for the bombing.

© AFP 2021 / Delil SOULEIMAN
Trump Announces Beginning of 'Long Overdue Pullout' of US Troops from Syria
In December, Trump signalled the White House's plans to withdraw roughly 2,000 US troops from Syria within the next several months.

The decision was slammed by some US officials and prompted two resignations: US Secretary of Defence Jim Mattis, who stressed that his views were no longer aligned with Trump's, and Brett McGurk, special presidential envoy for the US coalition in Syria.

Pompeo: US Troops to Withdraw From Syria, Continue Anti-Daesh Fight

US Starts Pulling Out Equipment, But Not Troops From Syria - Defence Official