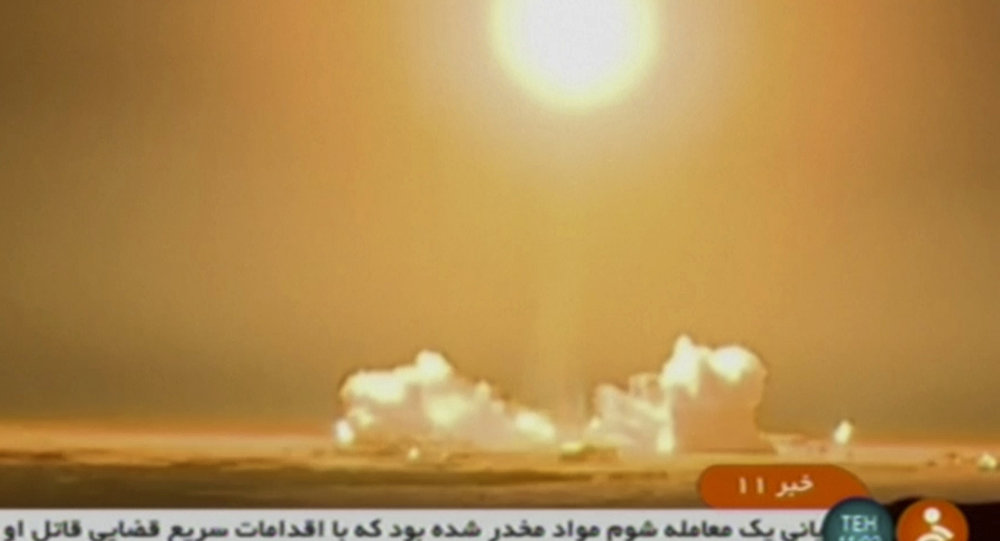 MOSCOW (Sputnik) – Iranian media has reported about the successful launch of the Payam satellite. The vehicle has reportedly passed its first and second stages but had failed to reach the necessary speed for the third stage in order to rise to the planned altitude of 500 kilometers (311 miles).

The remains of Iran’s Payam satellite plummeted into the Indian Ocean, Ahmad Motamedi, the chancellor of Amirkabir University, which designed and developed the satellite, told the local Mehr news agency.

"According to GPS data active until the last minute, Payam fell into Indian Ocean, after failure to be located into the orbit," Motamedi said.

The researcher described the technical performance of the satellite as "favorable," adding that Payam was sending out signals for about six minutes before the connection with it was lost.

Motamedi mentioned the failure of the launcher to calculate the initial speed of the satellite and fuel-related problems among the reasons that led to the satellite’s failure to reach the orbit.

"Given the order by Minister of Information and Communications Technology Mohammad Javad Azari Jahromi to design and build the next satellite, named 'Payam 2', our team of scientists will prepare it for launch in less than a year, thanks to the technical knowledge we have now acquired," Motamedi pointed out.

Tehran's satellite launches have sparked a backlash in a number of states, particularly, France and the United States, which claimed that the move was made in non-compliance with Iran’s international obligations, namely those under the Iran nuclear deal. These allegations were, however, vehemently denied by Tehran.

Time to Adjust: Challenge for India to Fit Into 'Shrinking Space' in Iran