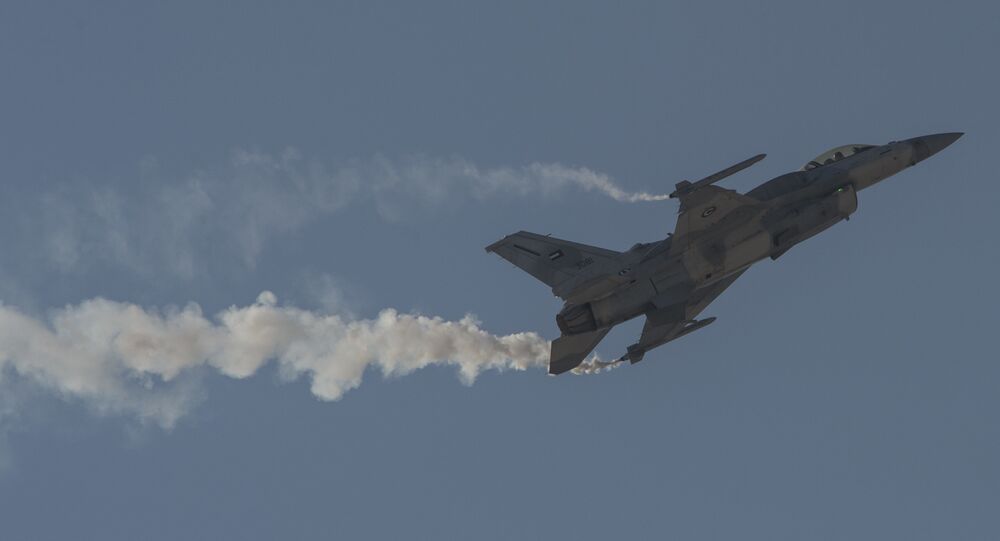 The United States ran an aircrew training program to prepare United Arab Emirati personnel for air raids over Yemen, the poorest Middle Eastern nation, according to a new report that shows the Pentagon’s involvement in the conflict has been much deeper that official statements suggest.

Critics of Washington's complicity in the Yemen war sighed in relief in early November when then-Defense Secretary James Mattis issued an order to US aircrews halting mid-air refueling operations for the Saudi Arabia-led coalition's fleet of fighter and attack aircraft. Yet the new documents show that America has been more intimately connected in helping bomb ground targets than was previously known.

The memo also explains that further training was provided to UAE aircrews at the Al Dhafra Air Base in the UAE, which is operated by the US Air Force. "Unit fighter personnel advanced the UAE's F-16 fighter pilot training program; 3 pilots flew 243 instructor sorties/323 hrs that created 4 new instructors & 29 combat wingmen who immediately deployed for combat operations in Yemen," the memo says.

A representative from US Central Command, Lt. Col. Josh Jacques, offered a directly contradictory statement to Yahoo News, stating, "We do not conduct exercises with members of the [Saudi-led coalition] to prepare for combat operations in Yemen."

And just last month, American Gen. Joseph Dunford, chairman of the Joint Chiefs of Staff, stated the US is "not a participant in the civil war in Yemen, nor are we supporting one side or another."

Running a training program for UAE pilots "who go on to bomb civilian targets in Yemen is yet another US form of complicity in a brutal war that has gone on for far too long," William Hartung, director for the Arms and Security Project at the Center for International Policy, told Yahoo News.

US troops and former troops have also been involved in ground operations in the catastrophic conflict. A team of approximately one dozen US Army commandos secretly helped the Saudi coalition search out and destroy Houthi ballistic missile storage and launch sites while stationed somewhere in Saudi Arabia near the border with Yemen, the New York Times reported last May, citing anonymous US officials and European diplomats.

An investigation published by Associated Press in June 2017 found that UAE officials are torturing terrorist suspects at 18 secret detention centers in southern Yemen before turning them over to US personnel for interrogation. Congress later passed a provision in the 2019 National Defense Authorization Act requiring the Pentagon to provide a full accounting of the US-UAE counterterrorism partnership in Yemen; that report was due in December. DoD submitted it in December, but it was only made public when it appeared at The Intercept, according to a January 8 report in Just Security by Luke Hartig.

"In a mere two pages of carefully parsed prose, the Department of Defense has provided what can only be described as a deliberately misleading and deceptively evasive account of US and Emirati actions in Yemen that amounts to the ultimate non-denial denial," writes Hartig, formerly a staffer at the National Security Council during the Obama administration.