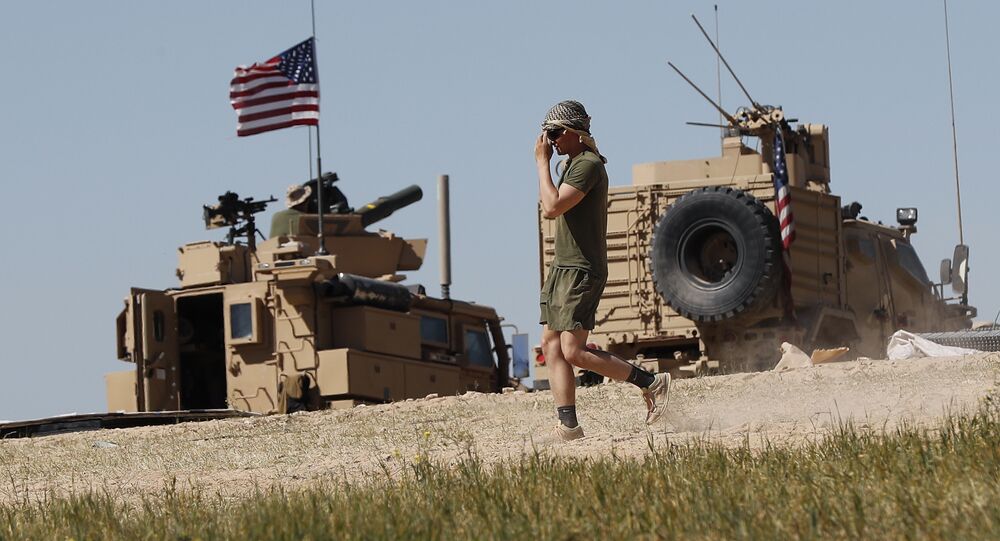 Two US Troops, One Contractor, One DoD Civilian Killed in Syria - Pentagon

United States Central Command has confirmed that four Americans died as a result of a suspected Daesh suicide attack in Manbij, Syria, on Wednesday.

© AFP 2021 / DELIL SOULEIMAN
Erdogan: Terror Attack in Manbij, Syria May Be Aimed to Influence US Withdrawal

The detachment was "conducting a local engagement" when the attack occurred, CENTCOM said, noting that "initial reports indicate an explosion caused the casualties."

CENTCOM refrained from assigning responsibility for the attack, saying "the incident is under investigation."

Daesh initially claimed responsibility for the attack, a common strategy for the terror group. It's uncertain whether Daesh is in fact culpable at this stage.

Earlier in the day, Turkish President Recep Tayyip Erdogan commented on the incident, telling reporters that "according to my information, five US servicemen were killed in the terrorist attack, which claimed 20 lives. The attack was organized by the IS [Daesh] group. Perhaps they want this event to influence the decision of [US President Donald] Trump to withdraw troops from Syria. This may influence. However, if this happens, it will be a victory of the IS."

According to the local military council, the blast occurred near a patrol of the international coalition in the city. Eyewitnesses in Manbij told Sputnik that the explosion took place near a cafe where the leaders of the council and guests from a delegation, "whose identity has not yet been established," had gathered.