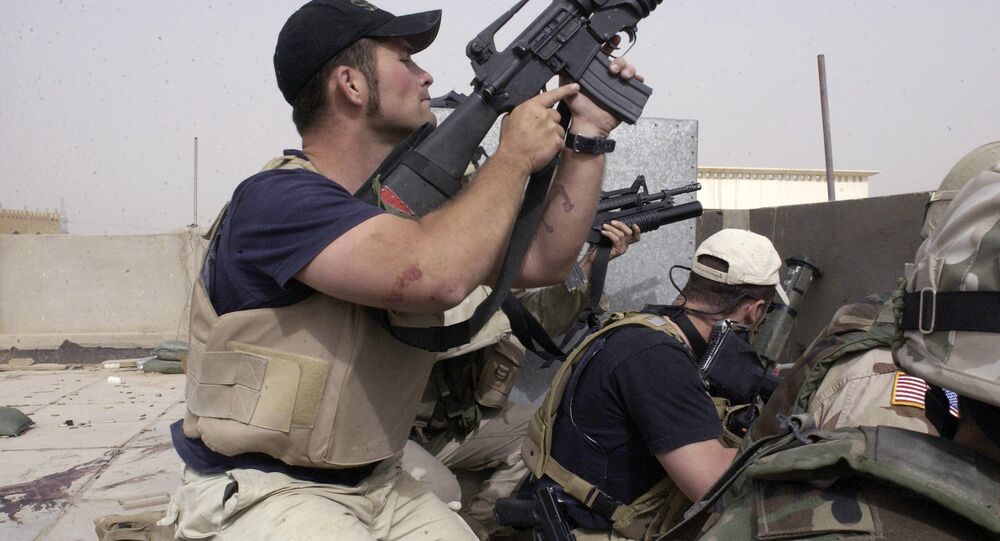 President Donald Trump announced earlier, in December 2018, that American troops would begin to withdraw from Syria in the coming months. But this announcement spurred concern that Washington’s Kurdish allies might be put in danger, following Turkish statements about a planned military operation east of the Euphrates.

Blackwater founder Erik Prince has hailed US President Donald Trump's decision to pull out American troops stationed in Syria during an interview with Fox Business, stating that Washington doesn't have a "long-term strategic obligation" to remain there and should end its practice of "endless wars".

At the same time, he noted that it would be wrong to "abandon" American allies there, referring to the Kurdish Syrian Democratic Forces (SDF), and suggested that private military contractors could replace US troops to protect them. Prince expressed certainty that without their help, US allies would be "smashed" by Iranian and Syrian forces.

It's unclear why Prince brought up Damascus and Tehran in the talks, when Washington currently has fears that a planned Turkish military operation east of the Euphrates poses a greater threat to their Kurdish allies. Following recent talks between Turkish President Erdogan and his American counterpart, the former agreed to establish a 32 kilometre security or buffer zone in northern Syria that would prevent terrorists from attacking Turkey and would protect Kurdish forces.

Prince is the founder of the infamous Blackwater private military company, which has helped US troops in Iraq and Afghanistan, but became embroiled in a major scandal in 2007. At the time, several Blackwater contractors were found guilty of killing 14 Iraqi civilians in Baghdad, drawing harsh criticism against the company. Following the scandal, the company was renamed twice, now known under the name "Academi".