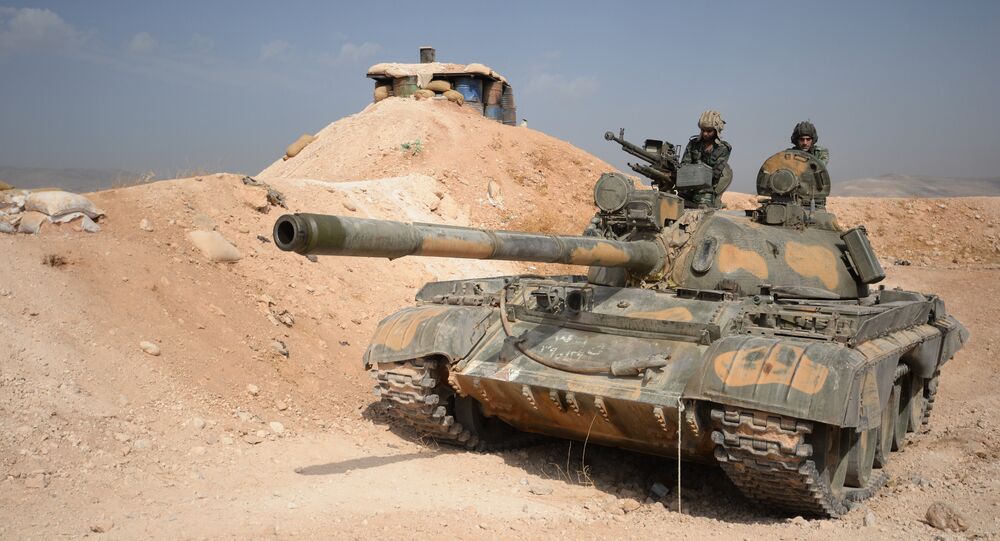 Syrian Foreign Minister Walid Muallem has held his first meeting with new UN Special Envoy Geir Pedersen in order to discuss a political settlement of the crisis in the country.

According to the Foreign Ministry, Muallem stressed that the settlement plan for Syria must include the withdrawal of illegal foreign troops from the country.

"Muallem expressed Syria’s readiness to cooperate with Pedersen for his successful mission in ensuring an intra-Syrian dialogue to reach a political settlement that in the interests of Syria, among other things, would lead to the defeat of terrorism and the end of the illegal foreign presence in Syria", the ministerial statement read.

© REUTERS / Stringer/Files
Anatomy of a Caliphate: Life under Daesh in Syria - EXCLUSIVE
The statement comes almost a month after US President Donald Trump announced that American troops would soon leave Syria. At the moment, the US military is continuing its campaign, leading a coalition of more than 70 countries conducting military operations against Daesh*.

However, their presence in the country has not been authorised by the government or the UN Security Council.

Damascus has repeatedly protested against the US operations in the country, as well as the military activity of Turkey, Israel, and other states.