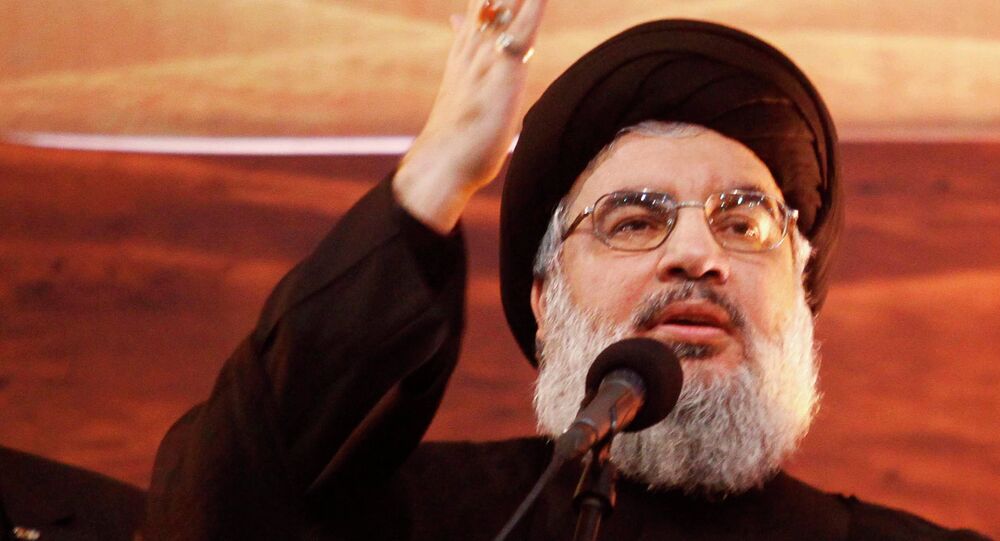 The news comes amid the conclusion of the Israel Defence Forces' (IDF) Operation Northern Shield, aimed at demolishing secret tunnels, allegedly dug by Hezbollah from Lebanon to Israel.

According to Mahar's source, "a senior figure in the Hezbollah organisation was hospitalised" on Saturday in Beirut, while other sources confirmed that it was Nasrallah, adding that he "has been fighting cancer for years".

© AP Photo / Hassan Ammar
Netanyahu Confirms Israel Struck Damascus International Airport Over the Weekend
Hezbollah has not commented on the reports and has not provided information on its secretary-general or his condition. Nasrallah has not been seen in public since November, when he criticised a possible ceasefire between Hamas and Israel.

WATCH IDF Use Liquid Cement to Seal Off Hezbollah Tunnel