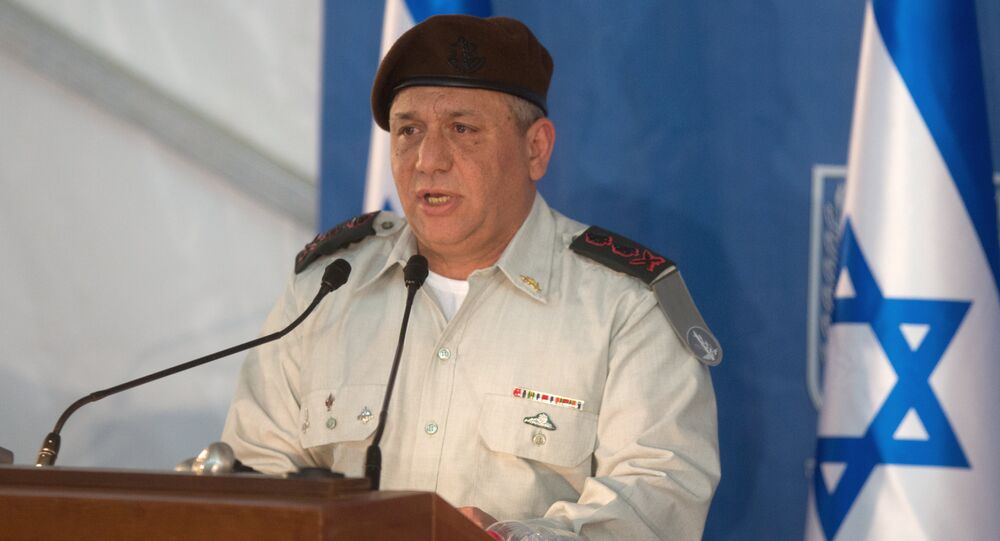 Gadi Eisenkot, the chief of staff of the Israel Defence Forces, in an interview ahead of his upcoming retirement, said that Israel has been running a bombing campaign.

Israel had been operating “under a certain threshold until two-and-a-half years ago",  Eisenkot said in an interview published by The New York Times shortly before his retirement on Tuesday.

“We struck thousands of targets without claiming responsibility or asking for credit", Eisenkot said.

Eisenkot reportedly said that Israel’s actions are justified and that neither Damascus nor Tehran can do anything about it.

“We have complete intelligence superiority in this area. We enjoy complete aerial superiority. We have strong deterrence and we have the justification to act", the IDF chief said.

© AP Photo / Aziz Taher
Hezbollah Planned Surprise Attack to 'Cause Earthquake' in Israel – IDF Chief
He also reportedly noted that the prime target of Israel was Iran, who has repeatedly insisted that its presence in Syria is limited to military advisors assisting Syrian forces in their fight against terrorism.

Eisenkot reportedly accused Qassim Suleimani, the commander of Iran’s Quds Force, of assisting Hezbollah back in 2016. He also admitted that Hezbollah “does not possess accurate [missile] capabilities except for small and negligible ones".

The Syrian government has repeatedly accused Israel of carrying out airstrikes on its soil. Earlier, the Syrian media reported that Israeli jets fired multiple missiles at Damascus on Friday night, adding that most of the missiles had been shot down before reaching their targets. On Saturday, a military source said that Damascus International Airport had been targeted in an attack, and that a warehouse at the airport had been damaged. Later, a Ministry of Transport source said that traffic at the airport had not been affected by the strikes.