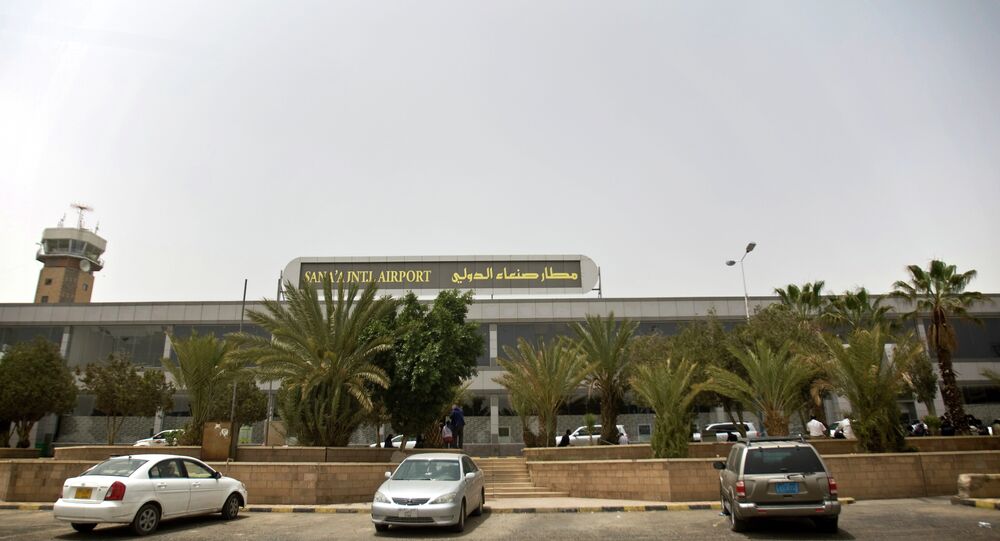 MOSCOW (Sputnik) - The parties to the Yemeni conflict have not come to an agreement concerning the possible reopening of the airport in Sanaa, with the dispute on whether it should be open for international, domestic, or both flights still ongoing, UN Special Envoy for Yemen Martin Griffiths told Sputnik in an interview.

During their UN-mediated talks held in Sweden last month, the parties agreed to reopen the airport, officially closed in August 2016, for domestic flights.

"The parties reject to come to an agreement, come together on this, with the dispute about… the difference of whether the airport will be open to international flights or domestic flights or both… we haven’t closed the gap yet… [Yemeni] President [Abdrabbuh Mansur] Hadi said the other day… he was happy for the Sanaa airport to be open to domestic flights," Griffiths said.

© AP Photo / Hani Mohammed
Arab Coalition Strikes at Sanaa Airport in Yemen – Source
The envoy, who is now visiting Moscow, expressed hope that progress in talks on the airport reopening would be made and Yemeni people would eventually be able to "travel just like people in Russia can travel."

The issue of Sanaa airport reopening has been repeatedly voiced both by the Yemeni government and by members of the global community, concerned over the fact that scores of Yemeni people were effectively trapped, and free movement of commercial and humanitarian goods was hindered.

The Sweden talks concluded with an agreement to cease hostilities and withdraw forces from the port of Hodeidah. The parties also agreed to create a UN-chaired monitoring committee in addition to establishing humanitarian corridors to the city of Taiz, as well as exchange more than 4,000 prisoners of war.