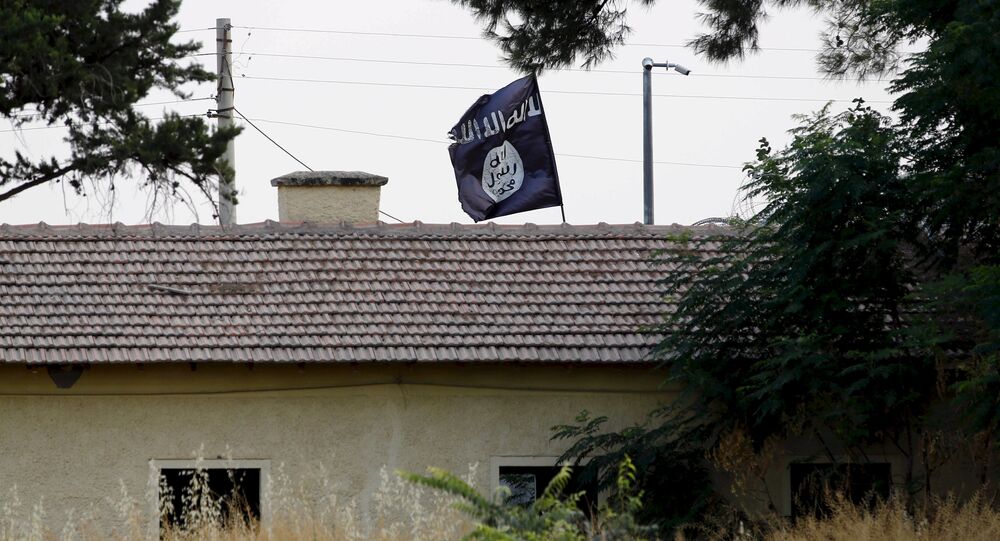 WASHINGTON (Sputnik) - Turkey has asked the United States to provide military support so that Ankara can take over the responsibility of fighting the Daesh terror group in Syria, media reported on Friday.

The Turkish government is requesting that the United States provide military support, including air strikes, transport and logistics, so that it can take on the responsibility of fighting the Daesh in Syria, the Wall Street Journal reported citing senior US officials.

© AP Photo / Lefteris Pitarakis
US Seeks to Prevent Turkey From 'Slaughtering' Kurds in Syria - Pompeo
Also on Friday, US State Department Deputy Spokesperson Robert Palladino said in a statement that US Ambassador for Syrian Engagement Jim Jeffrey will replace Brett McGurk as special envoy for the Global Coalition to Defeat the Daesh.

In December, Turkish President Recep Tayyip Erdogan announced that Turkey was ready to launch a military operation against the Kurdish-led People's Protection Units (YPG) in Syria's Manbij if the United States does not remove the militia from there. Erdogan later noted that the start of the operation was postponed following a phone conversation with Trump, who decided to withdraw US troops from Syria after the call.

Earlier this week, US Secretary of State Mike Pompeo said that ensuring the Turkish military do not massacre Kurds would be a key priority for the United States after the withdrawal of US troops from Syria.

Daesh (also known as ISIS/ISIL/IS) is a terrorist organisation banned in Russia.