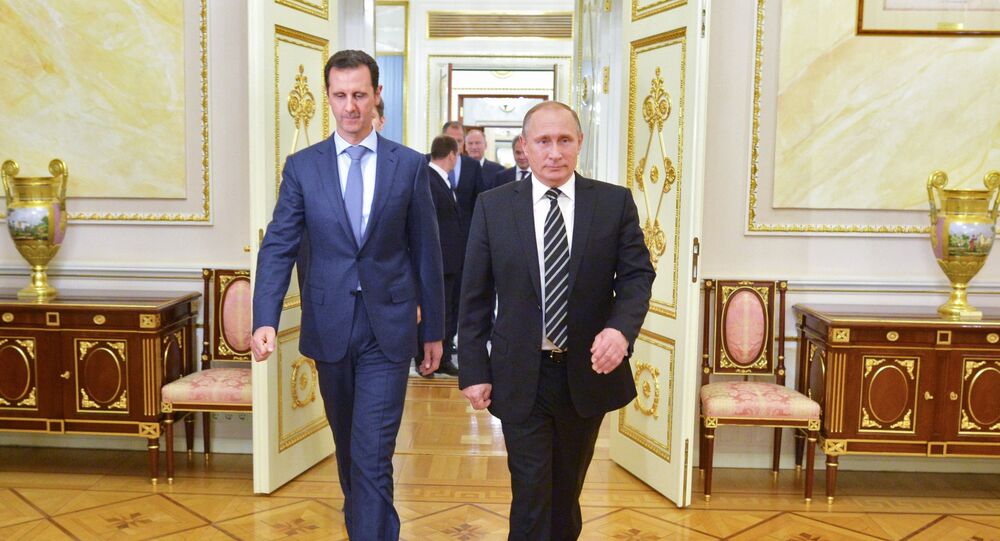 Donald Trump doubled down on his promise to withdraw the estimated 2,000 US troops from Syria earlier this week, saying all the country really has to offer the US is "sand and death."

Douglas Macgregor, a retired US Army colonel, author and geopolitical analyst, has challenged claims by President Trump's opponents, including leading House Democrat Nancy Pelosi, that Washington's decision to pull out of Syria was a "Christmas present" for Russian President Vladimir Putin.

Speaking to Fox News host Tucker Carlson, Macgregor reasoned that the US withdrawal, hastened by Turkish threats to invade Kurdish-controlled areas in northern Syria, led the Syrian government to regain control over the area.

"Now we have created an enormous problem for Mr. Putin, because Mr. Putin has cultivated the Turks. Mr. Putin has also cultivated his Iranian and Syrian allies. He's got to make a choice – does he allow the Turks into Syria? Then he loses his position with the Syrians and the Iranians. So the notion that Mr. Putin has somehow or another 'won' something is absurd. This has been a very clever move on the part of the president," the former army officer argued.

© AP Photo / Hassan Ammar
Israeli Media Claims Tel Aviv Should Fear Trump's 'Carte Blanche' for Iran in Syria
"The truth is that by getting out of the way, we have eliminated the consensus that was holding these various diverse partners together. There is no reason why the Turks, the Russians, the Iranians should cooperate at all, and that's a good thing," Macgregor insisted.

Commenting on the US analyst's predictions, Russian military observer Alexander Perendzhiev said that Macgregor was engaging in wishful thinking, rather than cogent analysis. "

Just because the US says Russia will quarrel with its allies, this doesn't mean that this will happen, because the withdrawal of US troops from Syria is not a sufficient cause; other laws are in place governing relations" between Moscow and its partners, Perendzhiev noted. Furthermore, the Russian analyst pointed out that if Washington really believed that a "clever" US withdrawal would prompt Russia and its allies to descend into a conflict over Syria, US officials, analysts and pundits certainly wouldn't go around talking about it in public.

Turning to the Washington establishment's resistance to Trump's plans, Macgregor noted that most Pentagon officials opposed Trump's withdrawal from Syria "are products of the Clinton-Bush-Obama era" with "a lot invested in this."

"And remember that the people who live in the seven zip codes in and around Washington, D.C. have all become millionaires as a result of their 'investment' in these failed operations…You put the two together and you have a lot of resistance to ending something that's been profitable for them. It hasn't been profitable for the American people; it's been a disaster – trillions of dollars in debt over the last 17 years, thousands of people killed and wounded, and for what? The answer is – not much," the commentator stressed.

© REUTERS / Rodi Said
'We Don't Want Syria': Trump Upholds US Exit From Country of 'Sand and Death'
On December 19, President Trump announced that the US would be withdrawing its troops from Syria over a period of several months. According to Trump, the US coalition's mission, the defeat of Daesh (ISIS)*, had been secured. Trump's announcement prompted a series of high-profile resignations at the Pentagon and State Department, with Defence Secretary James Mattis announcing that he would step down at the end of next month.

Russian President Vladimir Putin was cautious regarding President Trump's announcement, saying he "agreed" with him regarding Daesh's defeat, but added that he wasn't certain what a US withdrawal from Syria actually meant.

"The US has had a presence in Afghanistan for 17 years…And almost every year it says it is withdrawing troops from there. But they are still there. We don't see any indication of the US withdrawing troops yet, but I accept that it may be happening," Putin said.

*Daesh (also known as ISISI/ISIL/Islamic State) is a terrorist group banned in Russia.

Is Trump Really Withdrawing US Troops From Syria?