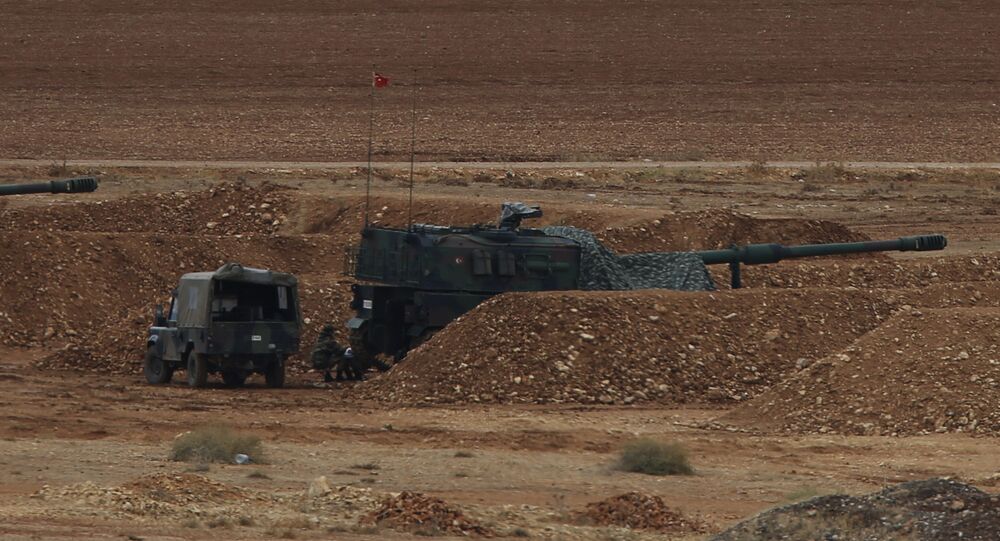 US Secretary of State Mike Pompeo said in an interview on Thursday that Washington's key priority will be the avoidance of the regional massacre between the Turkish military and Kurds.

"We still have lots of things to work with on the Turks," Pompeo told Newsmax on Thursday. "Not only the withdrawal, but all of the other elements that the President laid out: the importance of ensuring that the Turks don’t slaughter the Kurds; the protection of religious minorities there in Syria. All of those things are still part of the American mission set."

© Sputnik /
‘The Die is Cast’: Regional Powers Make Plans for After US Withdrawal from Syria
Trump has faced tremendous pressure to protect US-backed Kurdish forces belonging to the People's Protection Units (YPG) in Syria, the most effective American-backed force in liberating the city of Raqqa and other areas seized by the Islamic State terrorist group (banned in Russia).

Senator Lindsey Graham, a critic of US withdrawal plans, has also said that Trump personally assured him that the fate of Kurdish militias would be considered in withdrawing American forces.

Erdogan has warned of a fresh Turkish offensive against the YPG, which he considers a terrorist group.