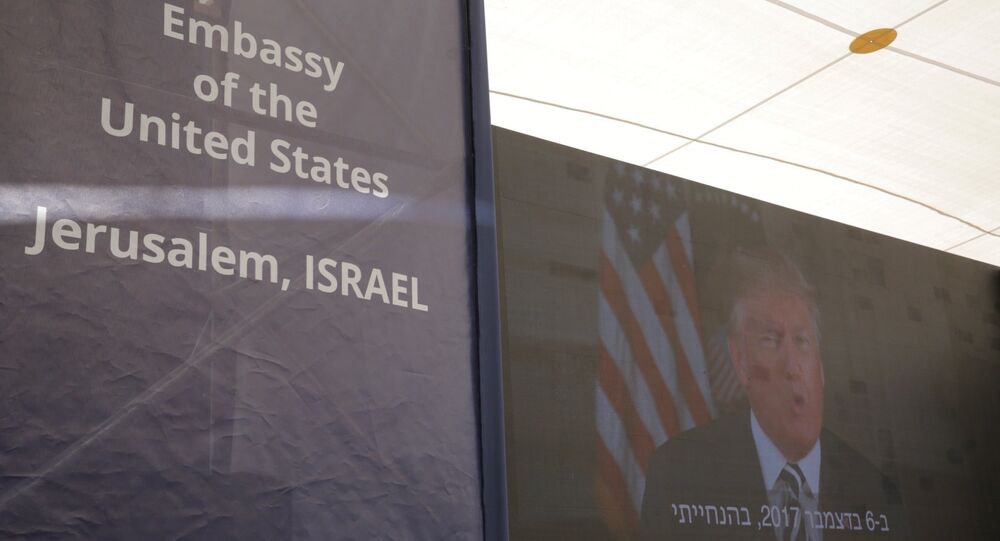 While Honduras is the latest country to follow Donald Trump's stance on Jerusalem, the international community is still divided on the matter. Here's a look at which countries have already relocated their embassies to Jerusalem, thus recognising the city as Israel's capital, and which are considering such a move.

Honduras went ahead with moving its Israel embassy to Jerusalem on Tuesday. Honduran President Juan Orlando Hernandez and Israeli Prime Minister Benjamin Netanyahu agreed to "advance the process of the decision to open embassies in both Tegucigalpa and Jerusalem" at a meeting in Brasilia, which was also attended by US Secretary of State Mike Pompeo.

The three nations also vowed to "strengthen political relations and coordinate cooperation on development in Honduras", according to a statement issued by the US State Department.

This comes as a major step towards closer ties with Donald Trump, who threatened in October to stop providing money and aid to Honduras if it failed to halt a migrant caravan heading for the US border.

The Honduran unicameral parliament, the National Congress, approved a draft bill on the Jerusalem Embassy relocation in April.

Which Other Countries Have Relocated Their Embassies to Jerusalem?

It all started in December 2017, when Donald Trump announced that the US Embassy would move from Tel Aviv to Jerusalem. The transfer, which was hailed by Netanyahu and condemned by Palestinians, took place on 14 May 2017.

Guatemala followed suit on 16 May, with President Jimmy Morales saying at the inauguration ceremony that Guatemala, Israel and the United States "share friendship, courage and loyalty".

South American nation, Paraguay, moved its embassy to Jerusalem on 21 May following the decision of then-President Horacio Cartes. However, a new government reversed the move in September and moved the embassy back to its original location in Tel Aviv. This drew the ire of Israel, which closed its Asuncion Embassy in response.

"Paraguay wants to contribute to an intensification of regional diplomatic efforts to achieve a broad, fair and lasting peace in the Middle East", explained new Foreign Minister Luis Alberto Castiglioni.

Who Has Considered an Embassy Transfer So Far?

Romania's ruling Socialist Democratic Party announced in April plans to move its embassy to Jerusalem; party leader Liviu Dragnea said that the move would win praise from both Israel and the United States. However, this drew condemnation from Romanian President Klaus Iohannis, who said that he was unaware of the decision and branded such a move a violation of international law.

The Czech Republic re-established its honorary consulate in Jerusalem in May following its closure two years ago. Prime Minister Miloš Zeman's press service announced on 12 September the opening of a Czech House in Jerusalem, which would become "the first step" in the relocation process. Zeman told the Knesset in late November that he would "do his best" to relocate the embassy, calling fellow European Union nations "cowards" and urging allies to show more solidarity with Israel.

The Australian government recognised West Jerusalem as Israel's capital on 15 December. Prime Minister Scott Morrison said nevertheless that the embassy would move to Jerusalem only after a peace settlement is reached between Israel and Palestine.

In the most recent development in the Jerusalem story, Benjamin Netanyahu claimed that Brazil's new president Jair Bolsonaro told him that moving the embassy to the city is a matter of "when" rather than "if". Bolsonaro, who eyed closer ties with the United States during the election campaign, earlier promised to relocate the embassy.

Both consider it their capital city; Benjamin Netanyahu pledged in May 2015 that it will never be separated in any future peace deal, while Palestinians lay claims to East Jerusalem as the capital of a future state they want to create in the West Bank.