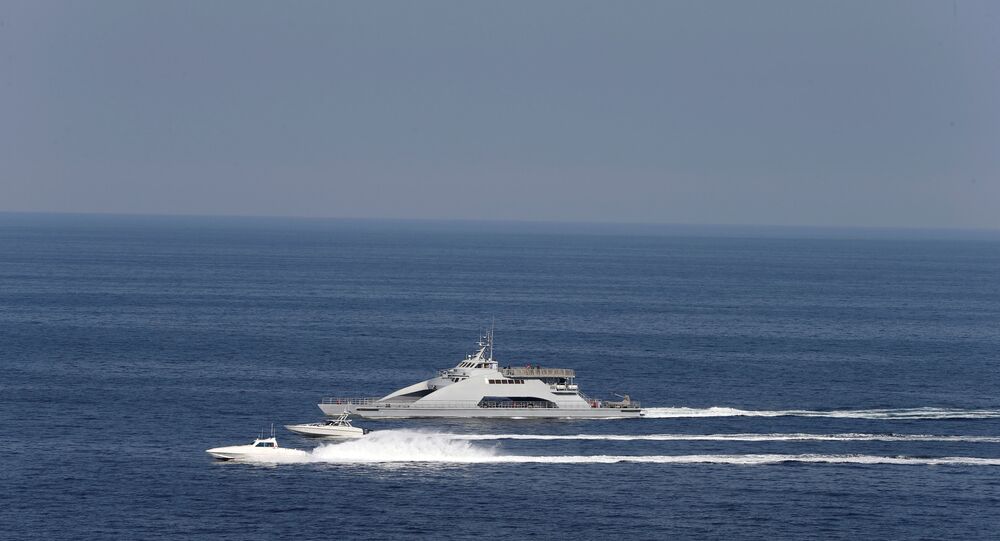 Earlier in the year, the Islamic Republic also presented its newest destroyer and fifth-generation jet, both fitted with stealth technologies. Their introduction came amid ongoing tensions with the US, which withdrew from the Iran nuclear deal and imposed sanctions against Tehran.

"The high speed and high movement in operations has always been of great importance to the Islamic Revolutionary Guards Corps (IRGC) navy", he said.

The IRGC is also currently working on increasing the maximum speed of such boats to over 80 knots per hour (around 148 kilometres per hour) and equipping them with "agile missiles".

Speaking about foreign military presence in the region, Tangsiri said that although it is not present in waters, monitored by Iran, Tehran is still keeping a close eye on the situation. He also expressed concern about potential damage to the environment that could be done to the region if the recently arrived nuclear-powered carrier USS John C. Stennis gets "in trouble".

Previously, the chairman of the Chiefs of Staff of the Iranian Armed Forces, Major General Mohammad Baqeri said that the presence of US forces in the Persian Gulf only fuels insecurity, referring to the recent arrival of the USS John C. Stennis carrier strike group. The commander of the Islamic Revolutionary Guards Corps (IRGC), Major General Mohammad Ali Jafari in turn denounced the carrier's presence as "deceiving" the regional states and creating a false sense of security.

Pompeo: US Will 'Not Allow Iran to Develop a Nuclear Weapon'