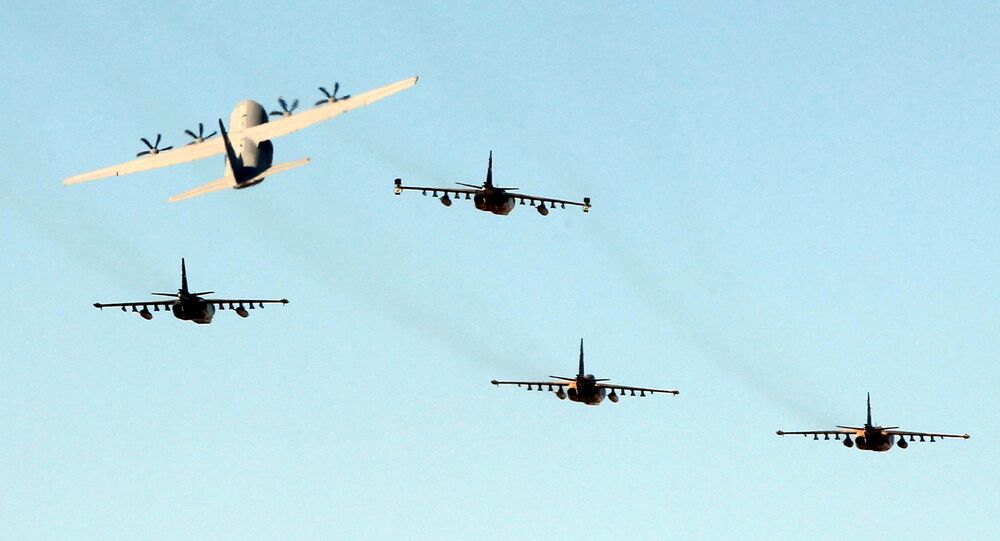 The airstrike comes after RT Arabic reported that Syrian President Bashar al-Assad had granted Iraqi jets general permission to conduct strikes on the Daesh* terrorist group in the country.

“Today, Iraqi F-16 aircraft have carried out a painful and powerful airstrike on al-Susah in Syrian territory. The target has been completely eliminated — a two-storey house used as a shelter for terrorists and a meeting place”, Iraqi Air Force said in a statement, stressing that "30 top Daesh officers" were holding a meeting in the building at the time.

Earlier in December, Iraqi planes hit a meeting of Daesh fighters in the area, claiming they killed some 44 militants.

© AP Photo / Iranian Presidency Office via AP
Iraqi President to Visit Damascus First Time Since Start of Syrian War - Source
The village of al-Susah is located near the Eastern Syrian city of Hajin, which was previously one of the last remaining jihadist strongholds in the country. The US-backed Syrian Democratic Forces (SDF) also opposes Daesh in the area.

The strike against the terrorists comes amid the US withdrawal from Syria, with President Donald Trump announcing on 19 December that American troops had achieved their goal of defeating Daesh in the Middle Eastern state.