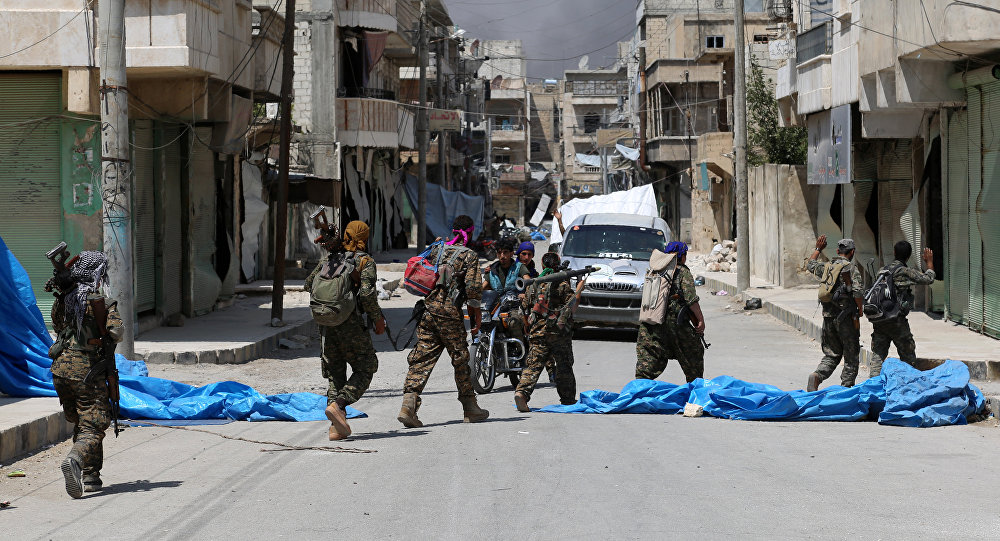 Earlier in the day, Kurdish-led People's Protection Units (YPG) urged Damascus to take control of the city amid a statement by Turkish President Recep Tayyip Erdogan, who said Ankara was ready to start an operation in the area.

The Syrian Arab Army also stated it would "guarantee full security for all Syrian citizens and others" present in Manbij.

© CC0 / Staff Sgt. Jacob Connor / 5th Special Forces Group (Airborne)
Syria Celebrates, West Ignores
The city, previously controlled by the YPG was left by the Kurdish forces, who announced they would be focusing on the fight against Daesh* to the east of the Euphrates.

The move comes amid the withdrawal of US troops from Syria after US President Donald Trump claimed that the coalition had defeated the Daesh terror group in the country. While Washington has been supporting the YPG in their fight, Ankara considers them to be affiliated with the Kurdistan Workers’ Party, banned in Turkey.