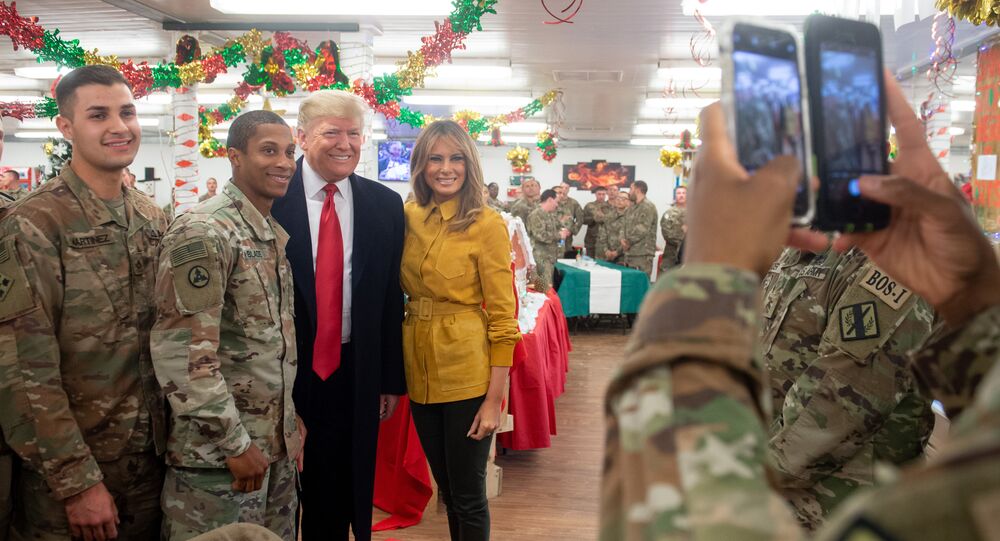 "Regional nations will never allow aggressive aliens to sow discord among them", Qasemi was quoted as saying by the agency.

This week, Trump and his wife Melania made an unannounced Christmas visit to US troops stationed in Iraq. The US president said he had no plans to pull out US forces of the country.

© REUTERS / Jonathan Ernst
President Trump, First Lady Make Surprise Visit to US Troops in Iraq (PHOTOS)
The statement comes after Washington imposed sanctions targeting core sectors of Iran's economy in early November in a row of sanctions against Tehran after the US withdrawal from the Iranian Nuclear Deal.

Trump announced in May that the United States was withdrawing from the 2015 Joint Comprehensive Plan of Action (JCPOA) and re-imposing its sanctions against Tehran that had been lifted under the agreement. The first package of the US restrictions came into force in August.