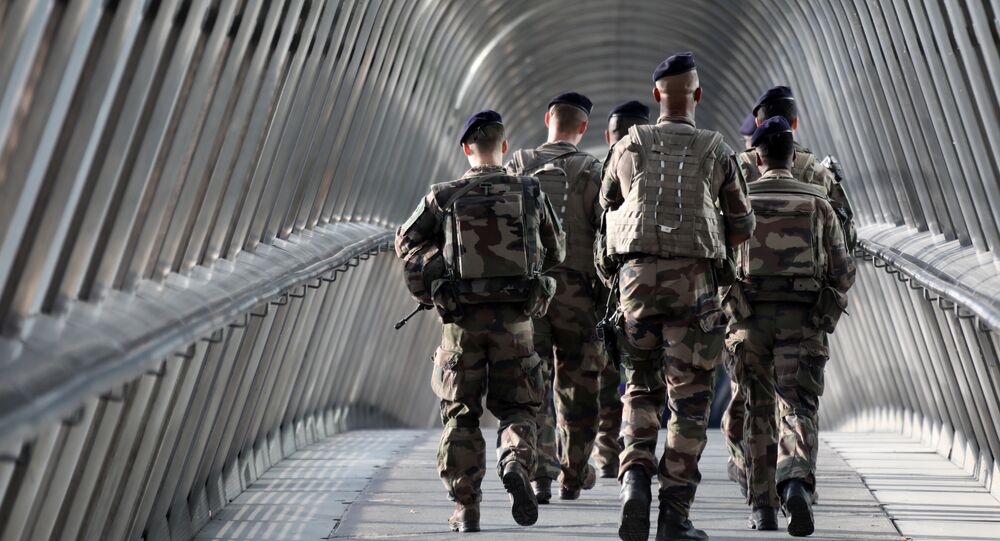 Days after US President Donald Trump ordered US troops to withdraw from Syria, French European Affairs Minister Nathalie Loiseau said that Paris would maintain its presence in Syria.

A few days after French President Emmanuel Macron expressed "deep regret" over Donald Trump's decision to pull troops out from Syria, Turkey's state news agency Anadolu claimed that France would maintain 9 military sites in the country, while the total number of French soldiers deployed in "YPG/PKK-held parts" of Syria east of the Euphrates River amounts to only 200 troops.

According to the media outlet, French troops are present in the northern town of Ain al-Arab (Kobani), the Mistanur Hill and Sarrin districts, the town of Ain Issa, the Lafarge concrete plant in the village of Harab Isk, the Raqqa military base, the Kahar military site, the Tabqa airbase, and in parts of Manbij.

Anadolu Agency went on to claim that the French forces mostly rely on the US for logistics and otherwise are said to be under the protection of Kurdish People's Protection Units (YPG) and the Kurdistan Workers Party (PKK), which Ankara considers terrorist organisations.

"If France is staying to contribute to Syria's future, great, but if they are doing this to protect the [militia], this will bring no benefit to anyone".

Shortly after US President Donald Trump announced the withdrawal of all 2,000 troops from Syria, his French counterpart, Emmanuel Macron, stressed that nobody should forget about the Kurdish Syrian Democratic forces (SDF) fighting against terrorists in the region.

"An ally must reliable and act in coordination with other allies", he said.

Earlier this week, French European Affairs Minister Nathalie Loiseau was cited as saying that France would maintain its presence in Syria as "the fight against terrorism is not over".

French Defence Minister Florence Parly, in turn, tweeted that "Daesh is weaker than ever. Daesh went into hiding and insurgency in the way it fights. Daesh has lost more than 90% of its territory. Daesh no longer has the logistics it could have".

TWEET: "But Daesh was not removed from the map, nor were its roots, it is necessary to use military force to resolutely defeat the last pockets of this terrorist organisation".

Following a phone conversation with Trump last week, Turkish President Recep Tayyip Erdogan decided to postpone the start of a military operation against Kurds in Syria. Erdogan also stated that Trump had made his decision to withdraw American troops from the Arab republic after he vowed that Turkey would clear all remaining Daesh forces from Syria.