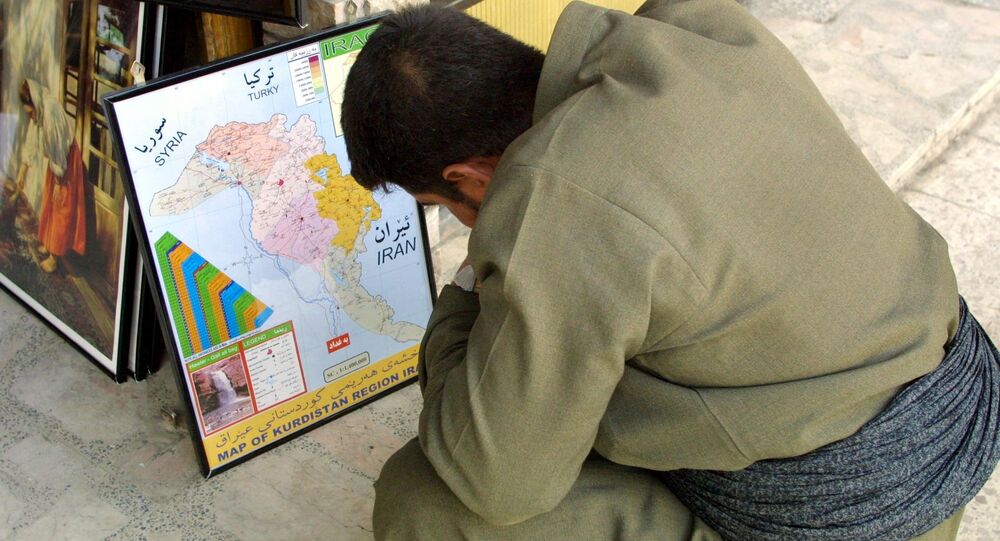 The controversial map was described as "an estimation of areas that have been historically populated by a Kurdish majority". It sparked the outrage of Turkish politicians, with one MP calling it "divisive" and "being at the service" of terrorists.

Google has taken out a map of Kurdistan from My Maps, a service that enables users to create custom maps with their own notes and lines. The map in question showed the borders of Kurdistan, a historical region inhabited predominantly by Kurds, superimposed on the borders of Turkey, Syria, and Iran.

According to the Kurdistan-based media group Rudaw, the tech giant's move came in response to a complaint from the Turkish government — something that a senior official has confirmed.

"The Information Technology and Communications Body (BTK) has met with the platform [Google]'s relevant representatives for the immediate removal of the mentioned map as part of their obligations in terms of national and international legislation", said Turkish Transport and Infrastructure Minister Cahit Turan.

Yavuz Agiralioglu, an MP from the right-wing İyi Parti (Good Party), complained that the map violated the Turkish borders, accusing it of being "at the service of terrorist organisations". "The most dangerous Turk is the one looking at the map. We laid the Earth flat under our feet and only walked… Let those who fancy dividing our country with fake maps look at our historical record", the nationalist MP said, apparently nodding at the Armenian Genocide of 1915.

© AP Photo / Asmaa Waguih
SDF: Daesh Ramps Up Attacks on Kurds After US Report of Troop Pullout From Syria

The Kurds are an ethnic minority group living in parts of Syria, Turkey, Iraq and Iran — and are considered the largest stateless nation in the world. There are an estimated 15 million Kurds in Turkey (over 18 percent of the country's population).

Various Kurdish insurgent groups have sought autonomy or even separation from Turkey for decades, but authorities in Ankara have opposed the creation of a separate Kurdish state. The Kurdistan Workers' Party (PKK), which demands the establishment of an independent Kurdistan, has been at war with the government since 1984 and is designated as a terrorist organisation in Turkey.

The PKK and Ankara reached a ceasefire in March 2013, which broke down in July 2015. Back then, Turkish jets hit PKK targets in northern Iraq after two Turkish soldiers were killed in a car bomb explosion, which Ankara blamed on Kurdish rebels. Turkish security forces regularly carry out anti-PKK raids across the country and conduct airstrikes against the group in Iraq.