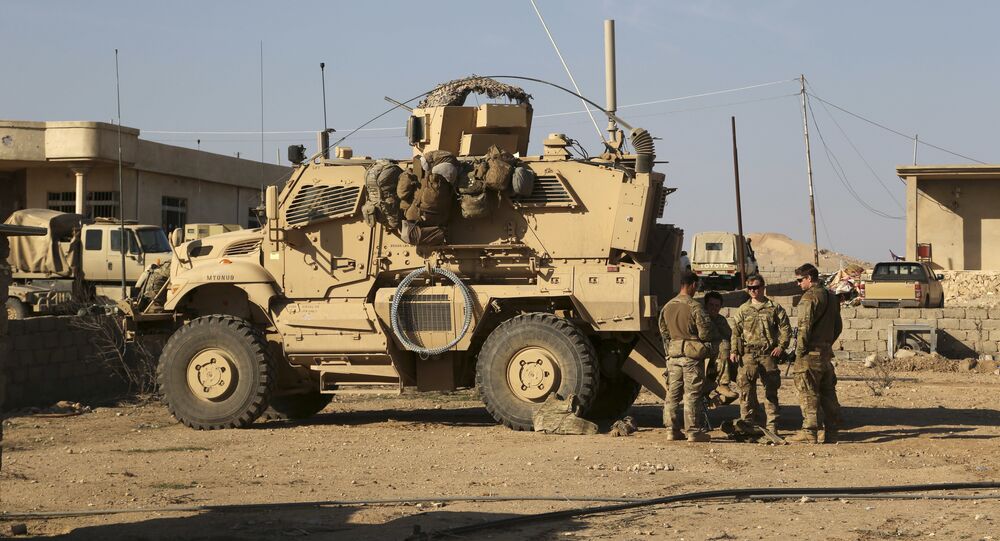 The official suggested that the American bases were purportedly intended to assist Iraqi forces in order to “secure the country’s borders and prevent infiltrations by the Daesh terrorist group.”

“Scores of US soldiers are currently stationed at the two bases, along with drones and other equipment,” added al-Duleimi, yet without providing any additional evidence.

Both the central government in Baghdad and Washington have yet to comment on al-Duleimi’s statement. If confirmed, that would bring the total number of bases in Anbar province to four.

© AP Photo / Anatolia, Kenan Gurbuz
Iraq Summons Turkish Envoy Over Airstrikes Allegedly Conducted in Its Airspace
Nearly 5,000 American troops have remained in Iraq since 2014, when Washington declared the beginning of its anti-terror operations in the Arab country with the stated aim of defeating the Daesh terrorist group, which had managed to overrun roughly two-thirds of Iraq, mainly in the country’s north and west, in June of that year.

In 2017 Baghdad declared that the military presence of Daesh in Iraq had come to an end following a three-year conflict that ended with the fall of the terrorist-held city of Mosul. The terror group lost all its urban strongholds in Iraq but its remnants continue to launch sporadic terror attacks. Iraq will also reportedly continue counterterror operations against Daesh “sleeper cells,” which remain active in certain parts of the country.