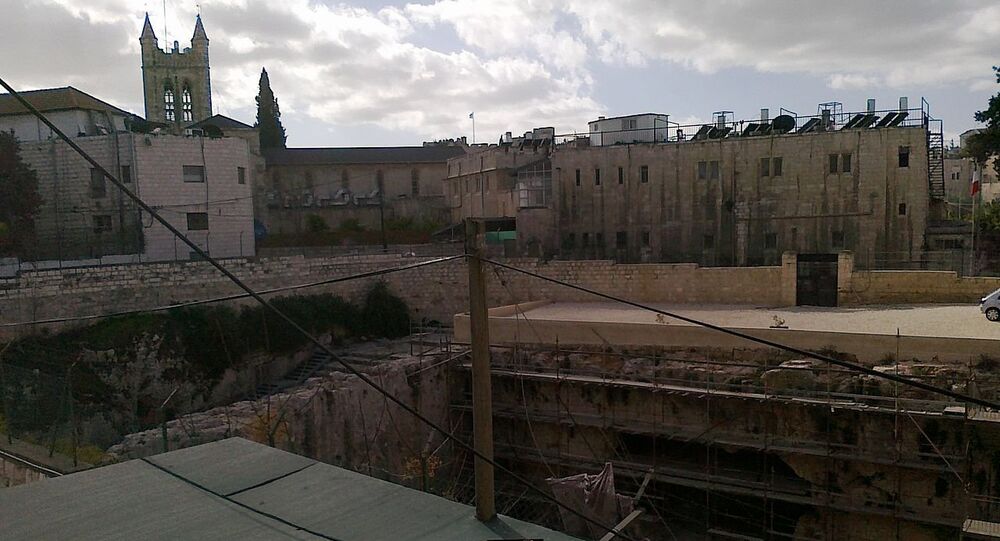 The so-called Tombs of the Kings, which historian Josephus Flavius attributed to Queen Helena of Adiabene, have changed hands several times over the past 150 years, with the current owner being the French government. However, Israel’s Haredi conservatives regard the place as a holy site, to which they should all be given access.

Ultra-Orthodox Jews’ continuous requests to be let inside the Tombs of the Kings in East Jerusalem, the largest historic burial complex in the city, to pray have raised quite a few concerns among the French, whose consulate is located in close proximity to the place, Haaretz reported.

There has of late been another round of protests by Jews, who have been gathering by a locked iron gate on Nablus Road, clashing with the guards who refuse to let them in, marking another twist in a long-standing struggle over one of Jerusalem’s landmark archaeological sites.

Right-wing Israeli factions support making the Tombs a place of religious worship, with ultra-conservative Haredi accounting for over 55 percent of Jewish youth in Jerusalem, whereas the French consulate, as well as Israel’s Antiquities Authority express fears that the site might share the same fate of many other historic sites in the city that were transformed into purely religious sites and completely left the public domain.

The site has been dated to the Second Temple period, and there are a plethora of traditions and theories regarding who is actually buried there. According to one, it was the burial location of Kalba Savua, the father-in-law of Rabbi Akiva, or of Nicodemus ben Guryon, two of the wealthiest and noblest residents of Jerusalem at the start of the 1st millennium CE. However, per Josephus Flavius, the place housed a richly ornamented tomb with the remains of Queen Helena of Adiabene, who had at some point converted to Judaism.

Jews notably opposed the very first excavation of the site, back in 1863, which was also the first one to receive a digging permit from the Turkish sultan. Despite the digging being suspended then, archaeologist Félicien de Saulcy still managed to put the queen’s sarcophagus onto a ship anchored in the nearby port of Jaffa, and it is still on display at the Louvre in Paris.

“This was the first official archaeological excavation, and also the first time in which the Jews of Jerusalem rose up against the excavation of ancestral graves”, writes a scholar who has studied the site, Dr Dotan Goren.

A dozen years later, a French Jew, a highly religious woman Berta Amalia Bertrand purchased the burial compound, which she pledged to preserve for the Jewish community in the presence of the chief rabbi of Paris, but it didn’t stop one of her heirs from gifting the site to the French government several years later.

It has since been administered by the French consulate in Jerusalem, which kept it open to visitors including during the Six-Day War in 1967, and the consulate even held a pro-Palestinian concert there ten years ago. The move renewed interest in the place by Jews, who went on to protest and even issued a lawsuit against French ownership of the site. The French, meanwhile, have renovated the site and announced they will open it to the public, provided Israel officially recognises French ownership of the historic compound and no new lawsuits arrive.