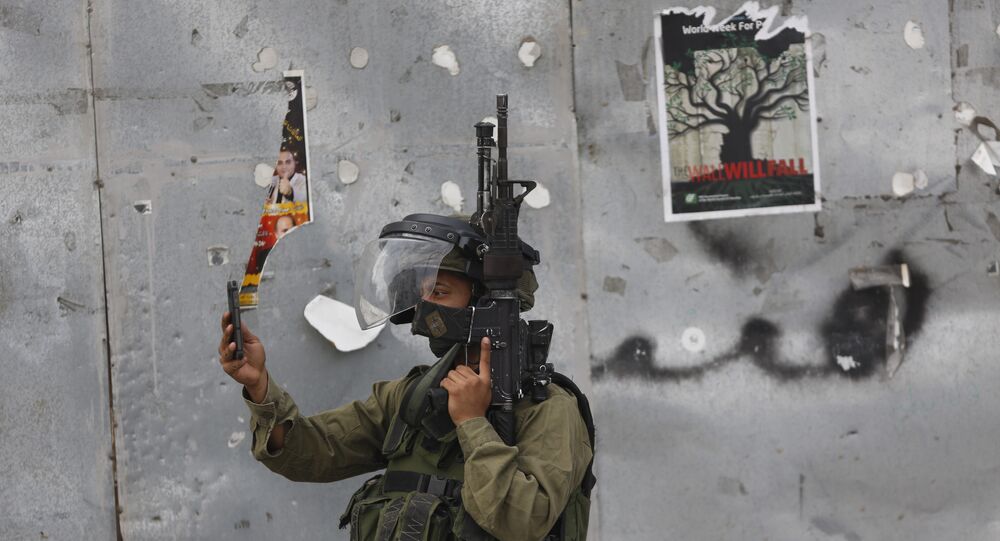 RAMALLAH (Sputnik) - A West Bank resident has been shot down by the Israeli military personnel, the local Healthcare Ministry said.

The Israeli soldiers opened fire on a civilian car in the city of Al-Bireh near the Israeli border, according to the ministry.The ministry has not provided any further details on the incident.

© REUTERS / Juan Medina
Over 30 Palestinians Injured in Clashes With IDF in Gaza - Health Ministry
On Monday, at least 75 Palestinians were reportedly injured in clashes with Israel troops near the Gaza Strip border. However, the number of Palestinians injured in clashes with the Israeli troops has significantly decreased over the past three weeks. Local residents say that the trend is explained by the massive financial aid provided by Qatar, Egyptian mediation efforts as well as Israeli readiness to carry out a military operation against the Palestinians in case of further escalation of tensions.

For decades, Palestine has been in conflict with the Israeli government. Since 1967, Israel has been occupying Palestinian territories of the West Bank, including East Jerusalem, and the Gaza Strip, and refuses to recognize Palestine as an independent political and diplomatic state.