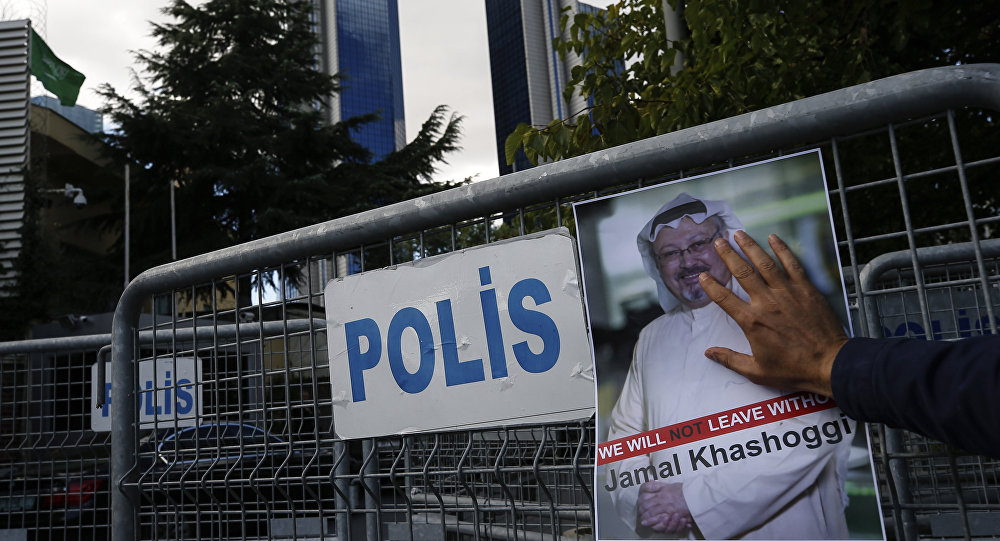 In October, a ministerial committee was established aiming to restructure the service as well as evaluate and update its procedures, methods, and powers in order to ensure its proper functioning, according to the Saudi Press Agency (SPA).

© CC BY-SA 4.0 / B.alotaby / Riyadh Skyline
Saudi Arabia Adopts Biggest Budget in History With Expenditure at Over $294Bln
The committee decided that separate departments for strategy and development, for legal affairs as well as for performance evaluation and internal review needed to be established within the General Intelligence Presidency, SPA added.

Saudi Arabia stressed its intention to continue development of its institutions to achieve best international practices.

Khashoggi, a US resident and columnist for The Washington Post, was last seen entering the Saudi consulate in Istanbul on October 2.

Following more than two weeks of denials, Saudi Arabia admitted on October 19 that Khashoggi had been killed in a brawl inside the consulate in Istanbul.

According to Riyadh, at least 18 people have been arrested over their suspected involvement in the incident and the country’s deputy intelligence chief has been fired.